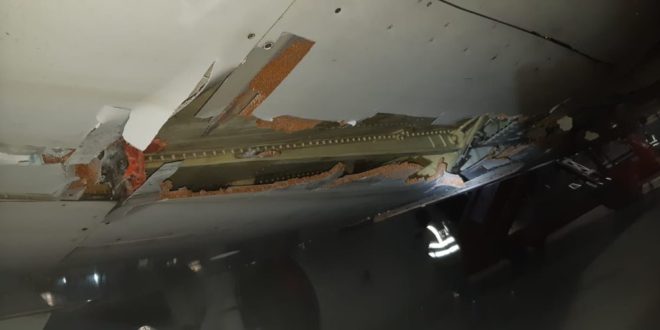 An Air India Express flight operating flight IX611 from Tiruchirapalli to Dubai hit the compound wall of the airport during takeoff today. The flight was being operated by VT-AYD a nine year old Boeing 737-800.

The aircraft took off from Trichy airport at around 01.20 today morning. It is being reported that the plane first hit a localizer antenna following which it hit the airport’s compound wall.

After takeoff, it appears that the pilots were unaware of the damage to the aircraft and have continued with their flight to Dubai. After around three hours of flying the pilots turned around over the Arabian sea and diverted to Mumbai. The aircraft landed at Mumbai at around 05.40 today morning.

The aircraft appears to have suffered major damage to it’s belly in the incident. All passengers aboard the aircraft have safely disembarked.

A frequent flyer for both work and pleasure - Vedant has held elite status on many of the major alliances and airlines. Also an avid aviation photographer, his pictures have been published in and on the covers of many international publications.
@TheVedic
Previous Air Italy delays and scales down India launch
Next Indigo to begin Bangalore – Hong Kong flights