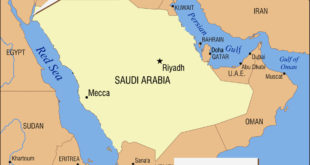 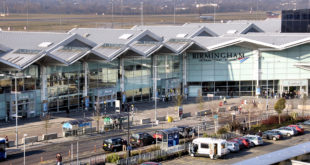 Air Arabia is a low cost airline based out of Sharjah in the United Arab Emirates. The airline operates a fleet of 41 Airbus A320 aircraft. It operates flights to 14 destinations in India including Bangalore, Ahmedabad, Chennai, Delhi and more.

The Aviation Herald has published an article on what happened to an Air Arabia flight G9-111 that was departing from Sharjah last week.

The aircraft A6-ANV was operating flight 111 to Salalah, Oman. The aircraft was given permission to make an intersection takeoff on runway 30.

The runway at Sharjah airport is long at 13,320 feet and can easily accommodate any aircraft at that length. Just for comparison the runway at the Space shuttle landing facility in Florida is only 1500 feet longer and the runways at London’s Heathrow airport at shorter by about 1300 feet at 12,000 feet.

So it isn’t out of the norm for a narrow body aircraft to make an intersection departure on such a long runway, especially on a short flight like the one to Salalah.

Flight G9-111 was supposed to take a left onto runway 30 from taxiway B14. However the pilots took a right onto runway 12. (See our articles on runways numbers and what they mean.) This meant that the aircraft now had 3350 feet of runway to takeoff instead of the planed 9900 feet. Neither pilot managed to identify either visually or though their instruments that they were not facing the correct way on the runway and proceeded with the takeoff.

Air Arabia has now banned intersection takeoffs and has suspended both pilots involved in the incident.

I am really surprised that this could happen especially at the home base of the airline which the pilots should be familiar with. Did neither of the pilots check their runway heading before starting their take off roll? Were they not visually able to tell they were near the end of the runway?

We would love to know your thoughts on the incident. Leave us a comment below.