TLMAL was established in 2010 and began production of C-130J Super Hercules airframe components in late 2011. TLMAL is the single global source of C-130J empennage assemblies included on all new Super Hercules aircraft which are produced in Marietta, Georgia.

The empennage assembly includes the aircraft’s horizontal and vertical stabilizers along with leading edges and tip assemblies.

“It is a moment of great pride and honor for TLMAL, our joint venture with Lockheed Martin, as it delivers the 50th empennage. The joint venture has been a great example of successful U.S. ? India Industrial partnership and a testimony to Lockheed Martin’s and Tata’s intent of developing aerospace manufacturing in India, I congratulate the Operations team that has ensured all deliveries ahead of schedule to our customer and partner. I am certain that this performance will go a long way in extending our partnership to a new level and help TASL achieve its vision to become the partner of choice for global original equipment manufacturers.”

“Our team continues to demonstrate outstanding performance against all of our safety, quality, and schedule and cost metrics, We could not ask for a better Indian partner in this venture. TASL’s unwavering commitment to success and world-class vision is very impressive and the core of our joint venture success.”

A frequent flyer for both work and pleasure - Vedant has held elite status on many of the major alliances and airlines. Also an avid aviation photographer, his pictures have been published in and on the covers of many international publications.
@TheVedic
Previous SpiceJet Q1FY17 results analysis
Next WTO confirms EU fails to comply on illegal Airbus subsidies 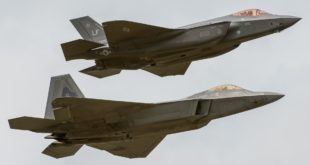