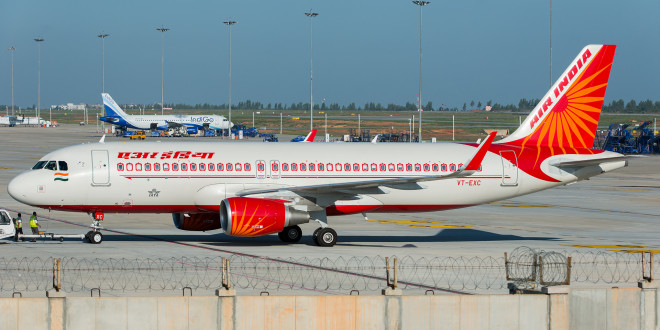 National carrier Air India will commence its fourth daily flight from India to London Heathrow, the third daily flight between New Delhi and London effective November 1, 2015. The carrier flies one non-stop from Mumbai to London too.

The schedule of the new flight is:

The timing of this flight puts its in the peak travel schedule and should be the best flight for Air India. With this flight Air India will offer one service each in the morning, mid-day and late evening. Very surprisingly the airline has chosen to operate this flight with a Boeing 777-200LR instead of its new Boeing 787-8 Dreamliner with which it operates all its other London flights.

The airline has introduced the eSuperSaver scheme which offers travel in economy class at a fixed price per sector inclusive of all fees, levies, and taxes. The scheme offers four, eight, or 12 sector booklets for travel on sectors up to 750km or unlimited on Air India’s domestic network. has a price matrix as shown below.

These booklets are useful for those who travel longer distances, on under-served sectors, and at very short notice. All factors that tend to increase ticket prices. The airline has not mentioned a validity for booklets purchased under this scheme thought there should. So visit the airline’s website for more details.

Celebration and shocker for Bangalore

Bangalore has received a mixed bag from Air India. On the plus side, the airline has re-timed its AI403/404 service to New Delhi to offer a connection with the soon to commence New Delhi San Francisco non-stop flight.

On the negative, the airline has withdrawn both its Boeing 787 Dreamliner service from Bangalore and replaced the aircraft with an Airbus A321.

A electronics and automotive product management, marketing and branding expert, he was awarded a silver medal at the Lockheed Martin innovation competition 2010. He is ranked 6th on Mashable's list of aviation pros on Twitter and in addition to Bangalore Aviation, he has contributed to leading publications like Aviation Week, Conde Nast Traveller India, The Economic Times, and The Mint (a Wall Street Journal content partner). He remains a frequent flier and shares the good, the bad, and the ugly about the Indian aviation industry without fear or favour.
@BLRAviation
Previous Air India offers free tickets to business class fliers
Next Garuda Indonesia takes delivery of 777 in SkyTeam livery