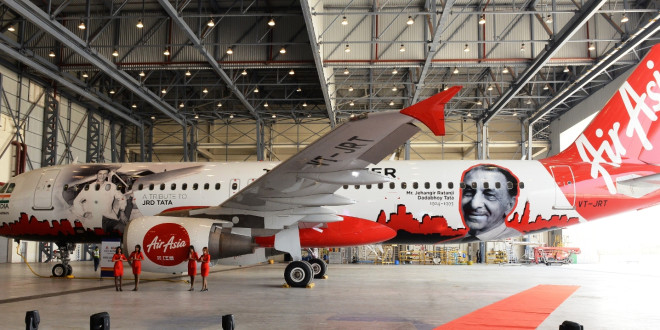 AirAsia India has painted its fourth Airbus A320 aircraft with a special livery in homage to JRD Tata, considered the father of Indian civil aviation in the Indian sub-continent. The aircraft bears the registration VT-JRT (Jehangir Ratanji (Dadabhoy) Tata) and has been named ‘The Pioneer’.

The livery feature a portrait of JRD Tata with the Puss Moth, the aircraft he flew on October 15, 1932, which resulted in the birth of Tata Airlines which was nationalised in to Air India.

AirAsia has a tradition of painting many of its aircraft in special liveries. In 2010, we took this picture of 9M-AFY in the Formula 1 Team Lotus livery.