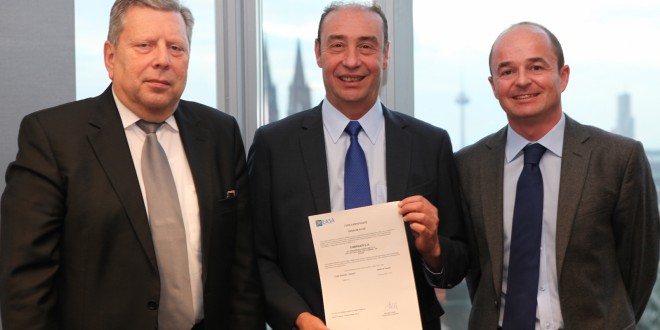 Yesterday, Brazilian airframer Embraer received certification from the European Aviation Safety Agency (EASA) for it’s latest business jet, the Legacy 500. This approval enables entry into service of the aircraft in the Member States of the European Union as well as in EASA associated countries.

The Legacy 500 received certification from Brazil’s ANAC (Agência Nacional de Aviação Civil) in August and from the FAA (Federal Aviation Administration) in October. The aircraft will now be able to operate in Europe, Brazil, United States and in countries that require EASA or FAA certification.

“EASA’s certification is a very important achievement for the Legacy 500, which is introducing advanced technologies and superior comfort in the midsize class, The approval of this revolutionary aircraft is a testament to our commitment to deliver true innovation to the market.”

“This certificate demonstrates the excellent safety performance of Embraer aircraft and the outstanding cooperation spirit which is in place between EASA, the Brazilian Airworthiness Authority ANAC and Embraer, making excellent use of the EU/Brazil Bilateral Aviation Safety Agreement, It was Embraer that received the first EASA Transport Airplane Type Certificate in 2004 and are receiving now, 10 years later, another important one for the Legacy 500.”