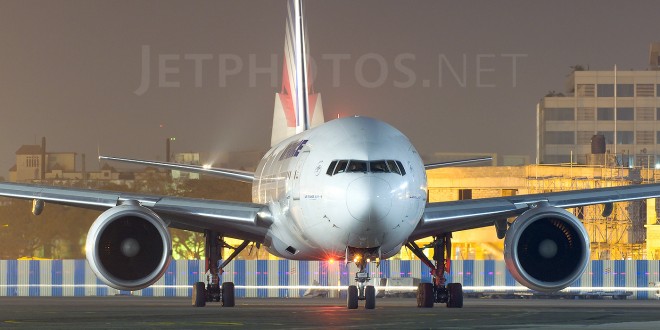 Flag carrier Air France has upgraded its Paris Bangalore route to a Boeing 777-200ER for the winter schedule which commenced October 26, and will run through March. The airline used to previously operate the route with an A330-200.

Air France has recently upgraded its first class to pamper its premium passengers even more. Passengers are personally received at the airport and accompanied by an Air France staffer throughout the trip even during connections at Paris Charles De Gaulle airport. The four seats convert to a full bed that measure 2 m / 6.5 ft in length and 77 cm / 30 inches in width (including armrests). The on-board gastronomic experience is designed by Michelin starred French chefs – Joël Robuchon, Régis Marcon, Guy Martin, Anne-Sophie Pic and Michel Roth. The La Première lounge at Paris offers some of the best wines and cuisine selected specially for Air France by chef Alain Ducasse along with a luxurious bar, a spa and other amenities.

Air France has also tweaked its schedules to the US West Coast, the most popular destinations from Bangalore, to reduce lay-over times and total flight duration. The airline is taking on both Lufthansa and Emirates offer what it says are “the shortest flying hours to return back home for travel from San Francisco to Bengaluru.” On a separate note, the airline is offering special fares between Bangalore and the US West coast destinations of San Francisco, Los Angeles, Portland, Seattle, and others.

While the premium passengers will see upgraded or similar seat dimensions, the economy class passengers will be squeezed. Air France has joined the ranks of Emirates, Etihad, American, Air New Zealand, and others, who have configured their 777s in a 10-abreast economy class configuration. This reduces seat width from 18 inches in the A3380 to the bone-crunching 17 inches we at Bangalore Aviation rail about.

A electronics and automotive product management, marketing and branding expert, he was awarded a silver medal at the Lockheed Martin innovation competition 2010. He is ranked 6th on Mashable's list of aviation pros on Twitter and in addition to Bangalore Aviation, he has contributed to leading publications like Aviation Week, Conde Nast Traveller India, The Economic Times, and The Mint (a Wall Street Journal content partner). He remains a frequent flier and shares the good, the bad, and the ugly about the Indian aviation industry without fear or favour.
@BLRAviation
Previous Air India and Air Astana enter into code-share agreement
Next Monarch Airlines orders 30 Boeing 737 MAX 8s 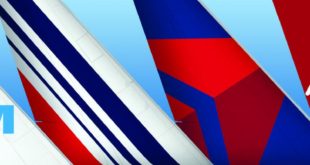 As India’s Jet Airways gets closer to Delta Air Lines, Air France and KLM, the …