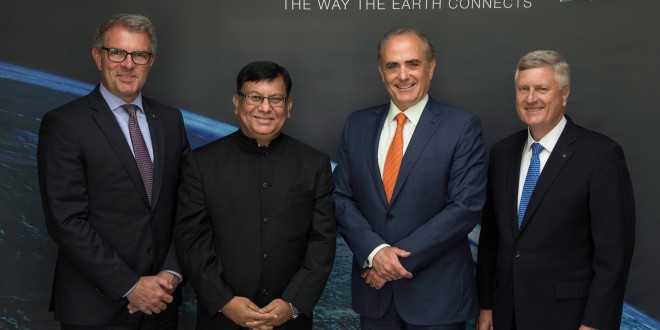 Air India and Air Canada enter in to code-share agreement

While not officially announced, it appears Air India (airline code AI) and Air Canada (airline code AC) have entered in to a code-share agreement to place their airline codes on certain flights of operated by each other. Both the airlines are members of the Star alliance, and reflects for recently joined Air India, the first tangible benefits of joining the global alliance of airlines.

The partnership appears to commence on October 2, the birth anniversary of Mahatma Gandhi, the leader of India’s independence struggle.

While Amritsar is not a major metro, it reflects the strength of the Sikh community in Canada.

With India being relegated to Category II status by the US Federal Aviation Administration (FAA), Indian carriers cannot commence new flights to the US, nor can US flagged carriers put their airline code on to Indian carriers.

Air Canada is using this situation to its benefit. For Air India, with this code-share agreement, it has bridged a vital gap in its network; the trans-Pacific connection to the west coast of North American. However, with no flights from the south of India, this code-share will not appeal to the IT industry passenger who will need a three stop connection to the US west coast (New Delhi, Tokyo or Shanghai or Hong Kong, and Vancouver). With the Asian carriers like Cathay Pacific, Singapore Airlines, Thai Airways, and Malaysia Airlines, it is either a one or two-stop connection to the major destinations of San Francisco, Los Angeles, Seattle and Portland, Oregon. Air India may want to consider a flight from Bangalore to Tokyo which will leverage not just the burgeoning Japanese investment in and around the city, but carry the lucrative higher-fare paying knowledge industry worker.

Similarly, while the trans-Atlantic code-shares will offer connectivity to all the major Canadian destinations, it may not appeal to US bound premium and corporate passengers who will need to make a two stop connection en-route to their destination, and Air India is in desperate need of these higher-fare paying passengers.

A electronics and automotive product management, marketing and branding expert, he was awarded a silver medal at the Lockheed Martin innovation competition 2010. He is ranked 6th on Mashable's list of aviation pros on Twitter and in addition to Bangalore Aviation, he has contributed to leading publications like Aviation Week, Conde Nast Traveller India, The Economic Times, and The Mint (a Wall Street Journal content partner). He remains a frequent flier and shares the good, the bad, and the ugly about the Indian aviation industry without fear or favour.
@BLRAviation
Previous IndiGo getting ready to please the IAS with its next plane
Next Singapore Airlines and Air New Zealand alliance code-share flights on sale now