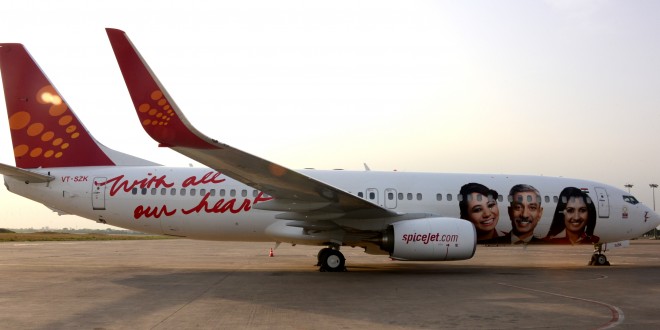 Total income from operations fell to Rs 1,691.04 crore down from Rs 1,701.54 crore in the same quarter last fiscal. Expenses driven by a depreciating Rupee, higher fuel costs, and one-time expenses related to returning five leased aircraft climbed to Rs 1,782.95 crore up from Rs 1,641.93 crore in the first quarter last year.

The airline has returned a net of five aircraft to lessors in a bid to rationalise costs. Two aircraft were returned as scheduled, four early, and one aircraft was added to the fleet.

The airline is relying heavily on its on-going measures like route rationalisation, cost-cutting, focus on on-time performance, and restructuring, and in fairness to the company, it is just beginning to showing results. Revenue per available seat kilometre (RASK) is steadily improving. The company though has not released its cost performance figures.

The company addressed concerns of its regular “fare sales and promotions” saying “The revenue results above clearly indicate that our market stimulation efforts are driving not just higher loads, but higher unit revenue (RASK) as well, which is the purest measure of revenue performance as it is the mathematical product of Load Factor and Yield. As a result, SpiceJet’s top line revenue remained constant despite capacity reduction of 8.4%.”