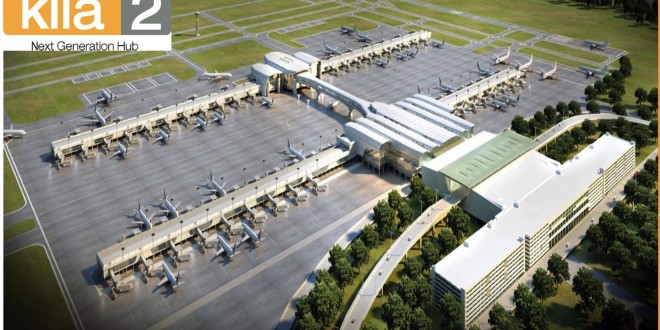 With the launch of the new klia2 terminal at its Kuala Lumpur airport hub, the AirAsia group will move all of its operations from the the current LCC Terminal (LCCT) to klia2 on Friday, May 9, 2014.

More information on the klia2 terminal including satellite photo and terminal map, below the fold
All AirAsia X (D7) flights will operate from the LCCT on May 8, 2014, including these flights departing early morning of May 9, 2014:

While all scheduled departures of AirAsia (AK) will operate from the LCCT as per normal on Thursday, May 8, 2014, many domestic and international flights will arrive at klia2. The airline has not given any explanation, but we presume AirAsia will be testing the terminal, working out the final kinks, before commencing full scale operations the next day.

AirAsia has indicated its has informed the affected passengers via email and SMS about the change of terminal. Passengers may still contact AirAsia on the web.

KLIA2 is the new 257,000 square metres terminal developed by Malaysia Airports for local and international carriers, designed to handle up to 45 million passengers annually with 60 gates. While the AirAsia group is expected to contribute around 80% of its traffic, the terminal can also cater to full-service carriers. Malaysia Airports is adding a third runway purpose built to cater to klia.

Unlike the LCCT it is replacing, klia2 which is located about two kilometres from the main KLIA terminal, is connected to KLIA via ERL’s high-speed train allowing for a seamless transit.

A electronics and automotive product management, marketing and branding expert, he was awarded a silver medal at the Lockheed Martin innovation competition 2010. He is ranked 6th on Mashable's list of aviation pros on Twitter and in addition to Bangalore Aviation, he has contributed to leading publications like Aviation Week, Conde Nast Traveller India, The Economic Times, and The Mint (a Wall Street Journal content partner). He remains a frequent flier and shares the good, the bad, and the ugly about the Indian aviation industry without fear or favour.
@BLRAviation
Previous Tech Tuesday: Aircraft maintenance checks
Next India flights impacted as Dubai airport commences runway upgrade