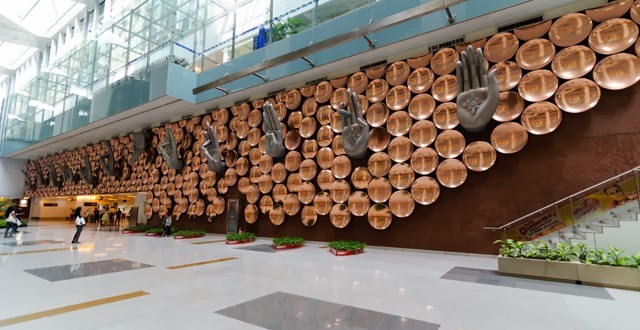 The project made use of the approved CDM methodology AMS II.E (Energy efficiency and fuel switching measures for buildings) for calculating the emission reduction potential. CDM is one of the flexibility mechanisms defined under Kyoto Protocol, which provides market based measures to reduce the greenhouse gas emissions.

UNFCCC is an international environmental treaty that was announced at the United Nations Conference on Environment and Development (UNCED) (informally known as the Earth Summit) in Rio de Janeiro in June 1992.

‘Energy Efficiency’ is one of the core objectives of the ‘National Action Plan on Climate Change’ of India and which T3 of IGIA has successfully addressed. The CDM project results in reduction of total energy consumption and saving in the use of fossil fuels and its associated greenhouse gas emissions.

A frequent flyer for both work and pleasure - Vedant has held elite status on many of the major alliances and airlines. Also an avid aviation photographer, his pictures have been published in and on the covers of many international publications.
@TheVedic
Previous Boeing delivers first 747-8 with performance-improved engines
Next Emirates to commence A380 service to London Gatwick

Airports are strategic assets for any country. As airport impact growth and connectivity impacts that …