New rules to make flying easier for passengers with disabilities

BAStaff November 6, 2013 Uncategorized Comments Off on New rules to make flying easier for passengers with disabilities

The U.S. Department of Transportation (DOT), to ensure equal access to air transportation for all travellers, is requiring airline websites and automated airport kiosks to be accessible to passengers with disabilities.

In addition, DOT will allow airlines to choose between stowing wheelchairs in a cabin compartment on new aircraft or strapping them to a row of seats, an option that will ensure that two manual, folding wheelchairs can be transported at a time.

The new rules are part of DOT’s continuing implementation of the Air Carrier Access Act of 1986.

“All air travelers should be treated fairly when they fly, regardless of any disabilities they may have. These new rules build on our past work in ensuring that our air transportation system is accessible for everyone, while balancing both airlines’ and passengers’ need for flexibility.”

Under the new websites-and-kiosks rule, covered airlines will be given up to two years to make pages of their websites that contain core travel information and services accessible to persons with disabilities, and to make all of their web pages accessible within three years.

Websites are required to meet the standards for accessibility contained in the widely accepted Website Content Accessibility Guidelines (WCAG). The requirement applies to both U.S. and foreign airlines, with websites marketing air transportation to U.S. consumers for travel within, to, or from, the United States.

The rule also requires ticket agents to disclose and offer web-based discount fares to customers unable to use their sites due to a disability starting within 180 days after the rule’s effective date.   Airlines are already required to provide equivalent service for consumers who are unable to use inaccessible websites. Under the new rule, airlines must also offer equivalent service to passengers with disabilities who are unable to use their websites even if the websites meet the WCAG accessibility standards.

In addition, any automated kiosks installed at U.S. airports for services — such as printing boarding passes and baggage tags –must be accessible to passengers with disabilities until at least 25 percent of all kiosks at each airport location are accessible. Even if no new kiosks are installed, 25 percent of kiosks at each airport location must be accessible within 10 years. The standards for accessible kiosks are based on those set by the U.S. Department of Justice for ATM and fare machines in its 2010 Americans with Disabilities Act rule as well as the Section 508 standards for self-contained closed products, such as copiers.

DOT’s wheelchair rule provides airlines with more flexibility because it permits airlines to transport passenger wheelchairs by strapping them across a row of seats using a strap kit that complies with applicable safety standards, in addition to stowing them in a closet or similar compartment. In 2008, DOT issued a rule prohibiting airlines from using the seat-strapping method on new aircraft as an alternative to stowing the manual wheelchair in a closet or similar compartment. In that same rule, DOT allowed the use of a seat-strapping method on existing aircraft. Based on a fuller evaluation of the costs and benefits, DOT has now revised its position to also allow the use of seat-strapping on new aircraft subject to certain conditions.   For example, if an airline chooses to use the seat-strapping method to stow a wheelchair, it must transport two wheelchairs in the cabin if requested unless stowing the second wheelchair would displace other passengers.

If an airline chooses to use a closet to stow a wheelchair, then it will still be required to stow only one wheelchair in the cabin. However, in this case it must install a sign or placard prominently on the closet indicating that a wheelchair and other assistance devices are to be stowed in this area with priority over other items brought onto the aircraft by other passengers or crew, including crew luggage.

Our dedicated staff at Bangalore Aviation bring you stories from across the aviation world.
@@BLRAviation
Previous USDOT fines US Airways $1.2m for failure to provide wheelchair assistance
Next Flying with children for the first time

Aeroflot sends US citizens to India because they are “Indian” 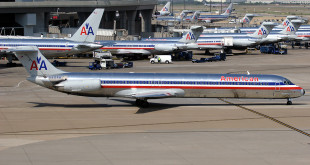