Amadeus, a leading technology partner for the global travel industry, has released research into the big four travel effects that will shape the future of travel in Korea. The research shows that growth potential in Korea may be stronger than any other market in Asia Pacific.

The study was unveiled at the conference titled, “Shaping the Future of Travel in Korea: the big FOUR travel effects” and conducted in partnership with Frost & Sullivan, the report highlights the enormous growth of Korea’s travel industry in the last 30 years, mirroring the country’s emergence on the global economic stage. International departures have grown by more than 12% annually since 1980, with annual departures equivalent to 25% of the population – one of the largest travelling populations in Asia Pacific.

Inbound travel is also growing; the government met its target of 10 million visitors in 2012 and continues to reach record numbers for arrivals in 2013. Much of this growth is coming from China, India and Indonesia, as Korea continues to develop its reputation as a ‘cool’ destination thanks to the popularity of Korean culture including food, fashion and music.

However, Korea’s highly tech-savvy population and a strong social media culture means that travel companies will need to communicate with their customers using increasingly sophisticated technology. And the travel industry as a whole will need to continue investing in infrastructure in order to handle the growing number of travellers both inbound and outbound.

“Korea is one of the most exciting travel markets in Asia Pacific and one of the most rapidly evolving travel markets in the world. With Korea’s increasing popularity as a destination for younger travellers, and startling numbers of Koreans venturing abroad for business and leisure, both inbound and outbound travel are seeing enormous growth. However, upgrades to existing infrastructure will be needed to manage these higher volumes of travellers and their changing expectations and demands.”

The research identified four dominant themes, or effects, that will fundamentally shape the future of travel in Korea to 2030. They are:

1. The Me Effect: The increasing individualism of the Korean traveller

Korea is now the third largest business travel market in Asia, with business travel expenses growing on average by 6% every year over the past decade, primarily as a result of spending by large multinationals. However, the government is actively encouraging growth in the SME sector, which accounts for 85% of total employment in Korea, and this is likely to stimulate an increase in SME business travel. The SME traveller is likely to be more focused on budget travel and doing business in neighbouring markets such as Japan and China.

Korean culture is moving away from its traditional family and group-orientated leisure travel and moving towards more individualism, driving an increase in the numbers of Free Independent Travellers (“FITs”). Seventy percent of Koreans now travel independently, and almost 40% of leisure travel bookings are researched online. Almost half of Korean travellers have close family members living overseas, with 90% keen to visit them.

2. The Red Tape Effect: The breaking down of barriers to travel

Inbound leisure travel numbers are also growing rapidly, almost doubling in number over the past decade. Much of this increase is being driven by its Asian neighbours, China, Indonesia and Thailand. Korea is also increasingly being seen as a “cool” destination by young Asians. This research showed that Korea is among the top three preferred destinations for 18-30 year old travellers from all countries except India.

3. The Leapfrog Effect: Technology and infrastructure in the Asia Pacific

Koreans are tech savvy travellers, with 66% of Korean leisure travellers generally booking trips online. Korea also has the highest smartphone penetration in the world, estimated at 73% in 2013. Travel providers will therefore need to use the internet and mobile technologies to reach Korean travellers, who are increasingly confident in managing their own travel arrangements online.

Korea has a highly developed social media culture; two-thirds of the population is active, including virtually everyone aged in their 20’s.  It is therefore not surprising to find that 80% of Korean leisure travellers use social media during their travel, one of the highest rates of usage in the region and double the numbers from Japan.

4. The Barbell Effect: Growth at the upper and lower ends of the market

Whilst the numbers of travellers to Asia Pacific destinations will more than double over the period to 2030, traveller requirements will become more extreme at the upper and lower ends of the economic spectrum. Although there will be many more travellers from emerging countries, they will generally be travelling on a budget – and this will stimulate rapid growth at the budget end of the travel scale, whether on budget airlines or in economy hotels. In order to capture the growing traveller numbers from emerging economies, Korea will need to increasingly cater for the budget traveller with facilities such as budget airlines and hotels.

Amadeus developed this study to gain insights into the future of Korean travel, in line with their partnership plans with TOPAS to introduce the most advanced travel technology platform in Korea this month – TOPAS SellConnect.

This study also comes as Amadeus works with Korea’s top national carriers, Korean Air and Asiana, to complete their migration to a new Passenger Service System, Altéa, which will further help Korea to advance its travel processes.

“We wanted to understand where the industry is headed and which travel effects will have the most impact. It’s clear from the findings that it will take a collaborative effort across the industry, with a strong underpinning of technology, in order to really take advantage of the growth opportunities in Korea. With some of that change already underway, Korea has the potential to be a real game-changer in Asia Pacific travel and indeed, globally.”

Our dedicated staff at Bangalore Aviation bring you stories from across the aviation world.
@@BLRAviation
Previous Airbus Military signs additional contract with Kazakhstan for two more C295 aircraft
Next British Airways celebrates launching its A380 service to Hong Kong 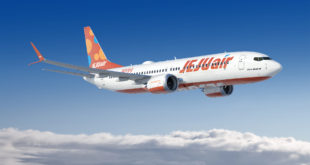 Aeroflot sends US citizens to India because they are “Indian” 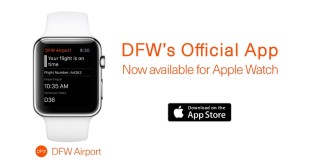