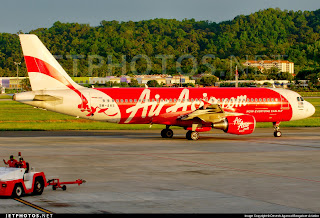 AirAsia India today announced that the airline has been granted the no objection certificate by the Ministry of Civil Aviation and will begin the process of obtaining an Air Operating Permit and prepare to kick-start its operations.

AirAsia submitted a request to start a joint venture to begin AirAsia India earlier this year, partnering Tata Sons Limited and Mr. Arun Bathia of Telestra Tradeplace Pvt. Ltd., and was granted a formal approval by the Foreign Investment Promotion Board (“FIPB”) of India two months later in April.

“We are very thankful to the Ministry of Civil Aviation for granting the no objection certificate to us so quickly. This is the fastest an NOC has been granted and with this, we will focus on obtaining the Air Operating Permit.  We will continue with our preparations and get ourselves ready for take-off once the Air Operating Permit is acquired and we look forward towards being one of the dynamic contributors to the development of the Indian aviation industry.”

AirAsia India is confident that it will be able to replicate the success of its counterparts in Malaysia, Thailand, and Indonesia; and enabling people to fly affordably through superior operational performance by emphasizing a focused and disciplined cost structure will tremendously benefit the Indian consumer. Currently, AirAsia India has a fleet of three Airbus A320 aircraft and over 200 members of staff.

Our dedicated staff at Bangalore Aviation bring you stories from across the aviation world.
@@BLRAviation
Previous Celebrate Gandhi Jayanti with Air France – KLM
Next easyJet to open new base in Hamburg, expand Berlin base