Yesterday, the Airports Authority of India (AAI) announced that it has invited the Request For Qualification (RFQ) for selection of the prospective bidders for Chennai and Lucknow Airports for conversion of these airports to a Public Private Partnership (PPP). The RFQs will remain open till mid-October, and applications are allowed from a single entity or a consortium.

As per a report from the Press Information Bureau,

The concessionaire can levy tariffs for aeronautical services including the User Development Fee (UDF) as may be determined by AERA to start with. Such charges would be revised normally once every five years by the Airports Economic Regulatory Authority (AERA) in accordance with the AREA Act. The RFP would indicate the parameters for determining charges for aeronautical services as well as the UDF

It is expected that similar RFQs will be opened at the remaining four airports earmarked for transition to PPP (Kolkata, Jaipur, Guwhati, and Ahmedabad) soon. No applicant will be allowed to participate in the PPP at more than two of the six airports involved.
The new PPPs will help bolster AAI’s finances at a time when the authority is struggling under the weight of nearly Rs. 1,900 Crore worth of unpaid dues from several airlines.

@twitter.com/theabvinay
Previous Jet Airways launches Android smartphones app
Next Ten things you should not do at airports 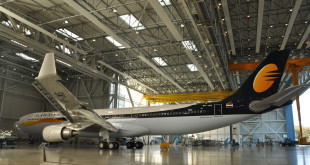