During three weeks of flight testing the Advanced Super Hornet F/A-18F, Boeing and its partner Northrop Grumman demonstrated that the fighter can outperform threats for decades to come with improvements that make the jet much harder for radar to detect and give it significantly more combat range.

Through 21 flights in St. Louis and Patuxent River, MD., that began Aug. 5, the team tested conformal fuel tanks (CFT), an enclosed weapons pod (EWP), and signature enhancements, each of which can be retrofitted on an existing Block II Super Hornet aircraft or included on a new jet.

Improvements to the aircraft’s radar signature, including the enclosed pod, resulted in a 50 percent reduction compared with the U.S. Navy’s stealth requirement for the current Super Hornet variant. The tests also showed that the CFTs increase the jet’s combat radius by up to 130 nautical miles, for a total combat radius of more than 700 nautical miles.

Boeing and Northrop Grumman funded the testing. The companies, along with Hornet Industry Team partners GE Aviation and Raytheon, are investing in more advanced technologies for the Advanced Super Hornet, including internal Infrared Search and Track, an enhanced engine and a next-generation cockpit.

A electronics and automotive product management, marketing and branding expert, he was awarded a silver medal at the Lockheed Martin innovation competition 2010. He is ranked 6th on Mashable's list of aviation pros on Twitter and in addition to Bangalore Aviation, he has contributed to leading publications like Aviation Week, Conde Nast Traveller India, The Economic Times, and The Mint (a Wall Street Journal content partner). He remains a frequent flier and shares the good, the bad, and the ugly about the Indian aviation industry without fear or favour.
@BLRAviation
Previous Air India’s latest Boeing 787 Dreamliner arrives at Delhi
Next Write to AERA about proposed airport charge hikes at Bangalore 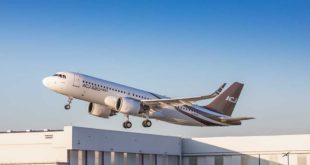