The Federal Aviation Administration (FAA) announced today that it is increasing the qualification requirements for first officers who fly for U.S. passenger and cargo airlines.

The rule requires first officers – also known as co-pilots – to hold an Airline Transport Pilot (ATP) certificate, requiring 1,500 hours total time as a pilot. Previously, first officers were required to have only a commercial pilot certificate, which requires 250 hours of flight time.

The rule also requires first officers to have an aircraft type rating, which involves additional training and testing specific to the airplanes they fly.

The new regulations stem in part from the tragic crash of Colgan Air 3407 in February 2009 near Buffalo, New York, and address a Congressional mandate in the Airline Safety and Federal Aviation Administration Extension Act of 2010 to ensure that both pilots and co-pilots receive the ATP certification. Today’s rule is one of several rulemakings required by the Act, including the new flight duty and rest requirements for pilots that were finalized in December 2011, and new training requirements expected this fall for air carrier training programs to ensure pilots know how to react properly in difficult operating environments.

“The rule gives first officers a stronger foundation of aeronautical knowledge and experience before they fly for an air carrier,” “With this rule and our efforts to address pilot fatigue – both initiatives championed by the families of Colgan flight 3407 – we’re making a safe system even safer.”

Other highlights of the rule include:

The rule is consistent with the Airline Safety and Federal Aviation Administration Extension Act of 2010. The rule addresses recommendations from an Aviation Rulemaking Committee, the National Transportation Safety Board, and the FAA’s Call to Action to improve airline safety.

The rule can be viewed at: http://www.faa.gov/regulations_policies/rulemaking/recently_published/media/2120-AJ67.pdf

A electronics and automotive product management, marketing and branding expert, he was awarded a silver medal at the Lockheed Martin innovation competition 2010. He is ranked 6th on Mashable's list of aviation pros on Twitter and in addition to Bangalore Aviation, he has contributed to leading publications like Aviation Week, Conde Nast Traveller India, The Economic Times, and The Mint (a Wall Street Journal content partner). He remains a frequent flier and shares the good, the bad, and the ugly about the Indian aviation industry without fear or favour.
@BLRAviation
Previous Images: Singapore Airlines unveils new cabin product for its Airbus A350XWB and Panasonic eX3 IFE for 777
Next Have your say: Question of the week: Will the Jet Etihad deal fructify? Will Jet survive? 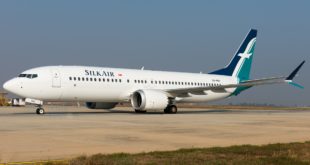