She Flies!!!!! Airbus A350 XWB first flight in pictures

Devesh Agarwal June 14, 2013 Uncategorized Comments Off on She Flies!!!!! Airbus A350 XWB first flight in pictures

Congratulations to the Airbus team. The A350XWB has taken-off on its maiden flight from Toulouse Blagnac airport in France. Till the official pictures come, a few screen shots from the streaming video from Airbus.

Awaiting behind the delivery flight of the Cebu Pacific A330

Getting ready to taxi to holding point on the runway. The chase plane, a SN-600 Corvette is on the adjacent exit.

The A350 with the Airbus flight line behind.

The chase plane readies for take-off.

In the air. The flaps and landing gear are kept lowered till the basic flight manoeuvres are completed and the crew finds the aircraft configuration “clean”. 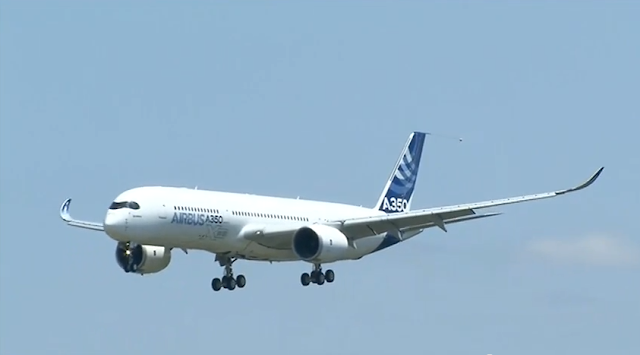 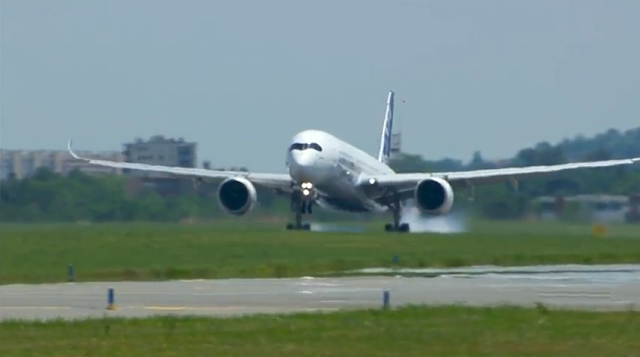 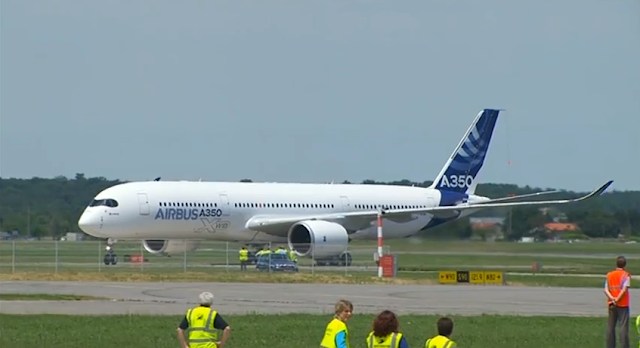 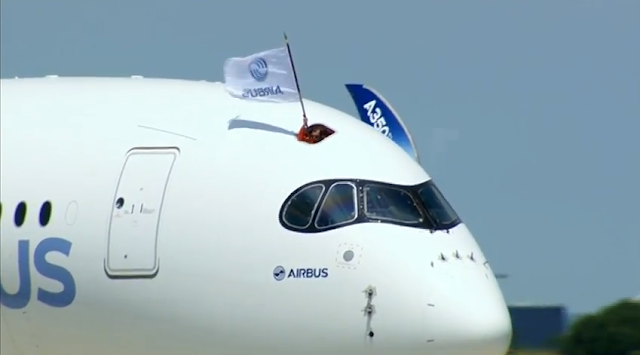 A electronics and automotive product management, marketing and branding expert, he was awarded a silver medal at the Lockheed Martin innovation competition 2010. He is ranked 6th on Mashable's list of aviation pros on Twitter and in addition to Bangalore Aviation, he has contributed to leading publications like Aviation Week, Conde Nast Traveller India, The Economic Times, and The Mint (a Wall Street Journal content partner). He remains a frequent flier and shares the good, the bad, and the ugly about the Indian aviation industry without fear or favour.
@BLRAviation
Previous Watch the Airbus A350 XWB first flight live
Next Video highlights of Airbus A350 AWB maiden flight vs. Boeing 787 first flight