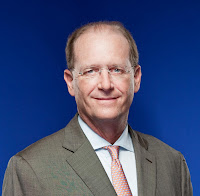 A truly inspiring action by Delta Air Lines CEO Richard Anderson, who gave up his seat on a full flight to a mother so that she could return home in time to pick up her 12 year old diabetic daughter from a summer camp.

Ms. Jessie Frank who was to fly home to Atlanta from Washington DC on June 13 morning. After a series of delays and cancellations, Frank was anxiously hoping against hope to get on one of the last flights of the day, since she was number eight on the waiting list and zero seats were available.

Her prayers were answered and the agents called her name and asked to board the aircraft.

In her thank you letter posted on Facebook, Frank says

A vaguely familiar face met me at the doorway, not in uniform so probably an off-duty pilot I had seen before. He quickly grabbed my roll-aboard, helped clear a space in the overhead, and showed me to my seat.

As the flight was descending in to Atlanta, the cabin crew announced a special guest was riding in the jump seat of the cockpit, because he had given up his place to allow one more person on the flight, Richard Anderson, Delta’s CEO.

Frank then recognised the “vaguely familiar” face since Anderson is in the flight safety video played at the start of every Delta flight.

On a shameful day when politicians in India were publicly bickering on who will take credit for rescue operations in Uttarakhand, may be they need to see across the oceans to see how true leaders help their supporters.

A electronics and automotive product management, marketing and branding expert, he was awarded a silver medal at the Lockheed Martin innovation competition 2010. He is ranked 6th on Mashable's list of aviation pros on Twitter and in addition to Bangalore Aviation, he has contributed to leading publications like Aviation Week, Conde Nast Traveller India, The Economic Times, and The Mint (a Wall Street Journal content partner). He remains a frequent flier and shares the good, the bad, and the ugly about the Indian aviation industry without fear or favour.
@BLRAviation
Previous Air India resuming service to Birmingham
Next GoAir replaces Kingfisher Airlines at Terminal 1A at Mumbai