2012 was best year in history for airplane safety, but Africa remains a concern as per IATA

Devesh Agarwal March 1, 2013 Uncategorized Comments Off on 2012 was best year in history for airplane safety, but Africa remains a concern as per IATA

*Editor’s note: A hull loss is an accident in which the aircraft is destroyed or substantially damaged and not subsequently repaired for whatever reason including a financial decision by the owner.

No member of IATA, which represents some 240 airlines comprising 84% of global air traffic, recorded a Western-built jet hull loss in 2012.

All 381 airlines on the IATA Operational Safety Audit (IOSA) Registry experienced no Western-built jet hull loss accidents. The total accident rate (all aircraft types) for IOSA registered carriers was 4.3 times better than the rate for non-IOSA carriers (0.96 vs. 4.11).

IOSA is a requirement for all 240+ airlines who are members of IATA. A further 140 non-IATA operators are also on the IOSA registry.

African airlines on the IOSA registry had no accidents.

In May 2012, IATA, with the International Civil Aviation Organization (ICAO) and a host of other organisations, committed to an Africa Strategic Improvement Action Plan aimed at addressing safety deficiencies and strengthening regulatory oversight in the region by 2015. The Plan was endorsed as part of the ‘Abuja Declaration’ by the Ministerial meeting on Aviation Safety and Security of the African Union in July and endorsed at the Assembly of the African Union in January 2013.

Runway excursions, in which an aircraft departs a runway during a landing or takeoff, were the most common type of accident in 2012 (28% of total accidents). 82% of runway excursions occur following a stable approach where the aircraft floated beyond the normal touchdown point, or braking devices did not activate in a timely manner, or because directional control was not maintained after landing.

This type of accident continues to present challenges for the industry. Despite an increase in the runway excursion accident rate in 2012, the five-year trend in actual accidents remains downward (2008:28, 2009:23, 2010:20, 2011:17, 2012:21). In 2013, IATA will continue to work with industry partners to support regional runway safety seminars and to update the IATA Runway Excursion Risk Reduction (RERR) toolkit. Furthermore, IOSA now requires that airlines make use of Flight Data Analysis (FDA) programs which can help identify precursors to runway excursions.

Loss of Control In-flight (LOC-I) is not a common accident category, but result in the most fatalities, 43% of all fatal accidents and 60% of all fatalities from 2008-2012. In 2008 there were 14 LOC-I accidents followed by: 2009:9, 2010:10, 2011:8, 2012:6. IATA is working with industry partners to implement a global LOC-I prevention program that will assist operators to understand the factors involved in these events. In addition, this program will provide guidance for an enhanced pilot training and establish a process for feedback into the IATA Training and Qualification Initiative (ITQI).

A electronics and automotive product management, marketing and branding expert, he was awarded a silver medal at the Lockheed Martin innovation competition 2010. He is ranked 6th on Mashable's list of aviation pros on Twitter and in addition to Bangalore Aviation, he has contributed to leading publications like Aviation Week, Conde Nast Traveller India, The Economic Times, and The Mint (a Wall Street Journal content partner). He remains a frequent flier and shares the good, the bad, and the ugly about the Indian aviation industry without fear or favour.
@BLRAviation
Previous Thai Smile to commence direct Phuket flights from Mumbai and New Delhi
Next A disappointing budget for the aviation industry 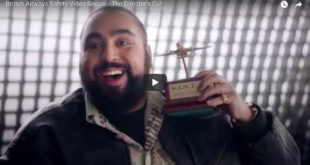