It is a well known business fact, that satisfaction and trust are created when contracts are balanced. Yet, globally, airline ticket contracts are extremely one-sided in favour of airlines, especially when it comes to flight delays and cancellations. In India, while the aviation regulator DGCA has rules on facilities to be provided to a passenger in the event of a delay or cancellation of a flight, it also has a provision of “circumstances beyond an airline’s control”. With peak hour demands at major airports, outstripping runway capacity, the unfortunate reality, is, that airlines in India, do delay or cancel a reasonable number of flights. The almost universal reason given, is, “circumstances beyond our control”.

Yet, if a passenger cannot reach the airport in time, due to reasons beyond their control, a traffic jam, a procession, an accident, or even a tyre puncture, they stand to lose the entire ticket cost, due to being a “no-show”. The fear of this loss results in late passengers risking their life and limb, along with those of fellow road users, in a crazed rush to the airport, or even the few ultra-stupid ones who decide to call in a bomb-threat.

Why this double standard? If an airline can have its flight delayed by “ATC delays” (read air or airport traffic jam), then why cannot a passenger be held up by road traffic jam? Both situations are unintentional, caused by “circumstances beyond control”. In the world’s largest democracy, what is stopping us from practicing this fundamental tenet of equality? This thought has been vexing me for many years.

I am not advocating a blanket refund policy for “no-shows”. Such a policy would be instantly abused into oblivion, and will be unfair to airlines. However, there surely must be some middle ground?

In essence the rule says, if you have a flat tire on your way to the airport, or are otherwise delayed because of circumstances beyond your control, United will put you on the wait-list for the NEXT flight to your destination at no extra charge. Yes, no extra charges!! No change fee, no fare differential, no “no-show” fee, nothing. If there is a spare seat of the next flight, after clearing that flight’s confirmed and previously wait-listed passengers, United will put you on that flight.

To qualify for the ‘flat tire’ rule, the passenger must arrive at the airport within two hours of the original scheduled departure.

It is an ethical policy that treats the customer with fairness and a modicum of humanity. By accepting the fact the passenger was delayed by uncontrollable circumstances, over a period of time, customers to will reciprocate that acceptance of delays by the airline.

Will such a policy be beneficial for the aviation industry in India? Yes. Is it required? Again Yes.

When faced with doubts and questions, Rotarians apply the “Four-Way Test” asking these questions :

United’s ‘flat tire’ rule meets the test in all ways.

Is there a potential for abuse if such a rule is offered in India? Sure there is. Any privilege can be abused, and not just in India.

A electronics and automotive product management, marketing and branding expert, he was awarded a silver medal at the Lockheed Martin innovation competition 2010. He is ranked 6th on Mashable's list of aviation pros on Twitter and in addition to Bangalore Aviation, he has contributed to leading publications like Aviation Week, Conde Nast Traveller India, The Economic Times, and The Mint (a Wall Street Journal content partner). He remains a frequent flier and shares the good, the bad, and the ugly about the Indian aviation industry without fear or favour.
@BLRAviation
Previous Analysis: Jet Airways Spinning Off Jet Priviledge
Next Photos and Video: Lufthansa’s Boeing 747-8i receives water cannon salute at Delhi airport on first arrival 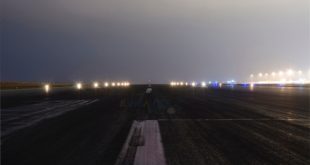