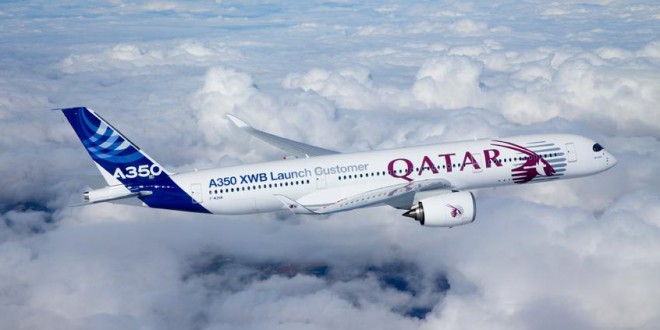 The capricious boss of Qatar Airways is known for his mercurial temper, and public berating of airframe manufacturers.

At the Paris 2009 air show, it was Boeing that was at the receiving end of his verbal broadsides. At this moment, in Dubai, Boeing is his best friend, while announcing Qatar Airways will buy two additional Boeing 777 freighters, Mr. Al Baker called it the “best freighter aircraft” in the world today. Just a month ago, CargoLux, in which Qatar has a sizeable ownership share, gave Boeing a whole lot of grief, refusing to take delivery of their 747-8F freighters at the very last moment.

Just when the world thought the Qatar chief had quietened down, he reminded the world with a public broadside at Dubai 2011; this time aimed right at European airframer Airbus S.A.S.

Qatar Airways is the lead customer for the A350XWB with orders for about 80 aircraft in the series, and has been disturbed by the recently announced delays in the schedule by Airbus which pushes the aircraft’s entry into service (EIS) in to 2014. Zoom back to 2009, Paris, Boeing and the 787 delays, and now the potential of a similar delay for the A350 and there is understandable concern at the airline.

Qatar Airways has also been trying to force Airbus to develop a conversion program for its large Airbus A330 passenger aircraft fleet, in to a cargo version. Again, Airbus has not been obliging.

So, at the very last minute, Qatar Airways walked away from a deal it was negotiating with Airbus for the A320neo (new engine option) and some additional A380s, leaving Airbus to call off the press conference at the very last minute. In addition to the above issues, it is understood that Al Baker wants Qatar Airways to be the launch customer of the A320neo. This, after Airbus has already booked over a 1,000 aircraft orders from customers across the world. Is there no limit to expectations?

As if the walk-away was not enough, while signing the deal for two Boeing 777 freighters, Al Baker publicly announced his unhappiness with Airbus, leaving everyone assembled, including the Boeing officials, mouths agape and their jaws on the floor at this complete breach of protocol, but they then remembered Paris 2009 when Al Baker called Boeing a company run by “bean counters” and “lawyers”.

“As far as Airbus is concerned, we have reached an impasse. We thought we would conclude our agreement and make a very large announcement today. Unfortunately I feel that Airbus is still learning how to make aeroplanes.”

He went to announce that Qatar Airways will take Boeing 767 converted freighters and dispose of its A330 fleet claiming “Airbus can’t make up their mind.”

Al Baker is becoming the laughing stock of the industry. Now, completely irritating Airbus, les than a month after thoroughly doing the same to Boeing, he is rapidly approaching persona non-grata status. Even journalists started laughing loudly when someone mentioned Al Baker’s “professionalism”.

At another press conference Airbus Chief Operating Officer John Leahy said “Some people negotiate in the press, some negotiate in conference rooms, and some do both,” In a polished rebuttal to Al Baker’s accusation that Airbus needs to learn how to build aircraft, Leahy said “we learn very fast.”

Mr. Al Baker is buying quite a few airplanes, but it appears he is in a race with another large airplane buyer, who has managed to irritate aircraft manufacturers, Michael O’Leary of RyanAir, who is now locked at the mercy of Boeing since Airbus refuses to deal with him.

Keep it up Mr. Al Baker, you are almost at the top of the “do not supply” list, from there you can then migrate to the top of the “sell only at retail price” ladder. Both these titles will serve your airline and nation very well in the years to come.

What are your thoughts and views? Is Al Baker justified in his outbursts? Is he behaving professionally? In the best interests of his airline? his nation? Do Boeing and Airbus need to be put in their place? Or is he heading for a disaster of sorts?

A electronics and automotive product management, marketing and branding expert, he was awarded a silver medal at the Lockheed Martin innovation competition 2010. He is ranked 6th on Mashable's list of aviation pros on Twitter and in addition to Bangalore Aviation, he has contributed to leading publications like Aviation Week, Conde Nast Traveller India, The Economic Times, and The Mint (a Wall Street Journal content partner). He remains a frequent flier and shares the good, the bad, and the ugly about the Indian aviation industry without fear or favour.
@BLRAviation
Previous Strategic analysis of Kingfisher Airline’s Q2 FY12 results
Next TimesNow TV continues scaremongering, sensationalist story telling on Air India Express, Jet Airways near miss