Thanks to you support, it has been a great year for Bangalore Aviation. We were listed on Mashable as one of 13 aviation journalists/bloggers globally to follow on Twitter. Our readership has touched the quarter-million mark, and we were invited to Germany by Fraport and Lufthansa to see how they are working, together, to make Frankfurt a global hub.

Personally, I combined my old hobby of photography with my passion for aviation and commenced airplane spotting. The local airport operator Bengaluru International Airport Limited (BIAL) supported our spotting efforts and has helped in the formation of the first officially recognised spotting group in India – Aviation Photographers of India (API). We are now making efforts with other airports and hopefully, 2010 will see chapters of API established in Mumbai and New Delhi.

Some of the memorable photos of 2009 are below. Click on the image for a high resolution view. Wishing you a very happy, safe, joyous, and prosperous 2010. We shall return next year.

View my complete album on JetPhotos

A electronics and automotive product management, marketing and branding expert, he was awarded a silver medal at the Lockheed Martin innovation competition 2010. He is ranked 6th on Mashable's list of aviation pros on Twitter and in addition to Bangalore Aviation, he has contributed to leading publications like Aviation Week, Conde Nast Traveller India, The Economic Times, and The Mint (a Wall Street Journal content partner). He remains a frequent flier and shares the good, the bad, and the ugly about the Indian aviation industry without fear or favour.
@BLRAviation
Previous A guide to coping with air travel during the winter fog season in New Delhi
Next Royal Brunei Airlines to lease Jet Airways Boeing 777-300ERs by February 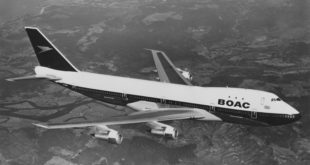