Price gouging by airlines, at Mangalore, scares away passengers

Devesh Agarwal December 5, 2008 Uncategorized Comments Off on Price gouging by airlines, at Mangalore, scares away passengers

DNA reports how airlines are killing the goose that lays golden egg, by resorting to price gouging at Mangalore

Businessman Abdul Wahab had to make a sudden trip from Bangalore to Mangalore recently. He walked into the office of one of the airlines at the BIAL airport. The ticket he bought cost him Rs. 8900. A while ago when he made same trip the ticket had cost him Rs.3800 on a no frill airline.

The article goes on to say

The airline officials told DNA news on Wednesday that the fares are worked out on a day-to-day demand basis. If the passenger wanted to travel to within 3-4 hours before the check in time the fare will go up by 25 to 35 per cent and if the time is shorter the fare could go up by 45-50 per cent.

While Mangalore-Bangalore fare is Rs. 4900 on a reserved seat, it goes anything up from Rs. 8900 to 9000 per seat if the tickets are bought over the counter. Rates have also gone up in Mangalore-Mumbai sector with the cost wildly varying depending on varied factors.

Mangalore-Bangalore flights have taken the most beating. The airline tickets have not only become costlier but the passenger has to spend an extra two hours to travel between the Devanahalli airport to the city as the airport is situated some 40 kilometers away from the city.

The effect of global melt down and cash crunch may have contributed to the slack in domestic air travel, but the unimaginative fare structure has done not a little harm. The figures of August -November 2008 shows a total of 40,352 people have flown on domestic routes from Mangalore while the figure for the corresponding period last year was 47,207.

The result of these mis-adventures. Passengers left the skies in droves, and took to trains and buses, prompting the airlines to cut flights, and loose even more money

A electronics and automotive product management, marketing and branding expert, he was awarded a silver medal at the Lockheed Martin innovation competition 2010. He is ranked 6th on Mashable's list of aviation pros on Twitter and in addition to Bangalore Aviation, he has contributed to leading publications like Aviation Week, Conde Nast Traveller India, The Economic Times, and The Mint (a Wall Street Journal content partner). He remains a frequent flier and shares the good, the bad, and the ugly about the Indian aviation industry without fear or favour.
@BLRAviation
Previous Shooting scare at New Delhi airport
Next 787 Dreamliner further delayed: Wall Steet Journal 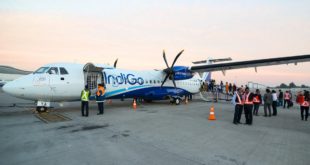 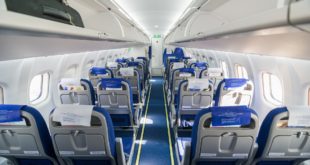