Kingfisher Airlines Chairman, Dr. Vijay Mallya, in an interview with Ashwini Phadnis of the Hindu Business Line claims it is “Taxes, not over-capacity, that is killing the Indian civil aviation sector”.

The business logic to Dr. Mallya’s statement is to reduce fares by reducing the ridiculous taxation structure on Aviation Turbine Fuel (ATF), which ensures ATF in India is almost double the international prices. Regardless of product, India is an extremely price sensitive market, and lower fares will bring the passengers back to the skies from the trains and buses.

While I agree with Dr. Mallya on the over-taxation, I talk his claims on over-capacity and taxes being the sole reason for the failure, with a big pinch of salt. Airlines were well aware of the tax structure before entering the market. I am surprised at the lack of planning and lack of risk analysis.

Over the last two months, despite reduction in ATF prices (thanks to lower global crude prices), all airlines have taken the benefit in to their books, rather than passing it to the consumer. It is natural for both government and public to be sceptical.

——————
I have not asked for a bailout or financial relief: Vijay Mallya.

For the Chairman of Kingfisher Airlines, Mr Vijay Mallya, it is not over-capacity in the domestic market place, but the high taxation levels in the country that is killing the domestic aviation.

At a meeting with Business Line at the Business Centre of Taj Palace hotel as he rushed for four back-to-back board meetings, Mr Mallya outlined what he felt were the problems facing the industry.

There is a rumour that you have asked Accenture to look at downsizing staff in your airlines.
We do not have surplus staff. Accenture was specifically hired to do merger strategy and merger synergy identification with Air Deccan. All this has been completed and we have actually realised Rs 300 crore out of the Rs 375 crore spent on synergies.

You are said to have met with senior opposition leaders and also Mr Sharad Pawar to seek a bailout of financial help for the aviation sector?
I have not meet a single opposition leader. Yes I did visit Parliament. But this was the first trip after leaving Parliament. As a former MP, I can visit the Central Hall (of Parliament) for life. I met several people but that does not mean I am lobbying.

I have not asked for a bailout or financial relief. All I have said that if States continue to charge sales tax on aviation turbine fuel (ATF) the aviation industry is not viable.

On Monday, you were quoted as saying that there will be more job cuts in the industry?
This is not correct. I was asked a question as to whether I was disappointed at the reaction of the Government towards the crisis facing the sector.

My response was that the Government should express urgency in considering the request of the aviation industry. However, they have other natural priorities. I hope our turn comes quickly. But I have not met with either the Finance or Petroleum Minister, although I made a presentation to the Prime Minister. I have not asked for a bailout or a single farthing from the Government.

It is the tax which is killing the aviation industry. I said that if you want to charge this kind of sales tax then this industry is not viable.

So what has happened, we have raised the prices and this is because of the fuel surcharge, that is why traffic has slowed down. So if you analyse the cost structure it is the tax (which is affecting the airline industry).

What is the way forward? Given the fact that this is election year.
Why can people not understand that even in an election year, the airline industry is as important as any other industry. Can you imagine what will happen if the entire airline industry of India gets grounded and Air India has to manage on its own.

So, is the negative impact of elections worse or recognition that there is over-taxation? Anywhere in the world there is not such high sales tax (on ATF).

All we are saying is stop fleecing us. We pay 70 per cent more for fuel than Singapore and Dubai. Is that fair?

We provide vital connectivity; any fellow who suggests that air traffic connectivity is not essential needs to have his head examined.

The second point I will like to say is history. Aviation is a substantial element of national security. If tomorrow there is a conflict and Indian Air Force does not have enough planes to transport troops and materials, Government will commandeer all civilian aircraft.

It is a very important sector, aviation. Everyone just wants to slam it. May be sometime if the airlines actually get grounded, the people will realise how important they are.

How long can this (high prices of ATF) go on?
We will all dramatically reduce our flights.

By when?
We do not operate like others. Saying if not done by this date then we will cut flights. We are not going on strike. We are merely saying that we cannot operate and pay these kind of tax. So either get real or you will see a complete slowdown or we will keep on chopping flights and grounding planes.

There is said to be 20-30 per cent over-capacity in the market
It is not over-capacity. Where are you getting all these leads from? Over-capacity! Do you know what is demand and how many planes are required? Neither you nor I know. We have seen a growth trajectory of 32 per cent CAGR over the last three years.

We are not talking about capacity. But we are talking about the fact that we are flying aeroplanes and losing money. Because of the tax. If the tax is not solved we will not fly to provide transportation at a loss and let Government get rich.

Let us say that on an average the price of oil was $40 a barrel. The Government said they will charge a 30 per cent tax. So in their State revenue budget it is accounted as budgeted revenue by this date from ATF. The same ATF went to $140 they collected $52. A windfall for the States.

All I am saying is collect the $12. They are not entitled to collect the difference. That is what we want simple and straight forward.

A electronics and automotive product management, marketing and branding expert, he was awarded a silver medal at the Lockheed Martin innovation competition 2010. He is ranked 6th on Mashable's list of aviation pros on Twitter and in addition to Bangalore Aviation, he has contributed to leading publications like Aviation Week, Conde Nast Traveller India, The Economic Times, and The Mint (a Wall Street Journal content partner). He remains a frequent flier and shares the good, the bad, and the ugly about the Indian aviation industry without fear or favour.
@BLRAviation
Previous Indian domestic air passenger traffic goes from bad to worse
Next Star Alliance launches new brand campaign 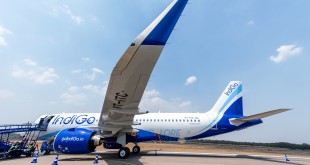