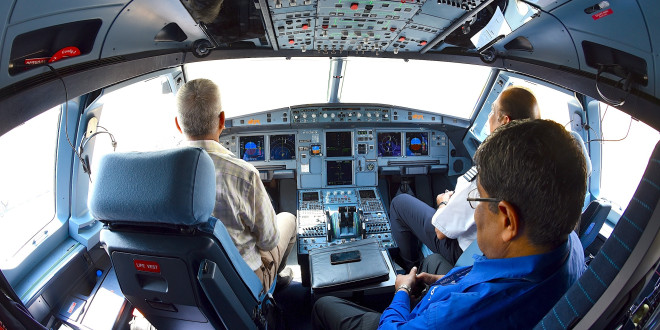 by Poonam Verma and Apoorva Saxena

Foreign pilots have enjoyed the privilege to fly steel birds in India for a long time. This, to a great extent, hampered opportunities available to Indian trained pilots. This treatment of foreign pilots in India is not being reciprocated to Indian pilots by foreign jurisdictions. This article throws some light on the opportunities and parity which the DGCA seeks to provide to Indian pilots in this era of globalisation.

With Indian aviation growing at 20 per cent annually, airlines have also expanded at a fast pace. Indian airlines have more than 800 aircrafts on order. As the sector has started looking up, the number of trained Indian pilots in the country has also increased. Owing to this increase, the Directorate General of Civil Aviation (DGCA) is making efforts at reducing dependency on foreign pilots while strengthening availability and creating opportunities for Indian pilots. The DGCA on 4th January 2018 issued draft Civil Aviation Requirements (commonly known as CAR) in exercise of its powers under Rule 133 A of the Aircraft Rules, 1937 seeking comments from stakeholders by 3rd February 2018 on the draft CAR for ‘Validation of Foreign Licenses of Flight Crew’. The draft CAR proposes to revise the operational and experience requirements regarding validation of foreign licences (FATA).

The DGCA’s move to phase out expat pilots is aimed at accommodating Indian pilots who had obtained their licence but were unable to secure jobs due to the slump and capacity reduction that the industry underwent. This move also addresses the concerns that arise when foreign pilots fly over the Indian sky, such as accidents resulting from lack of experience and know-how of complex Indian topography or due to inability to communicate with the air traffic controllers owing to difference in accents et al.

Compared to the requirements prescribed for validation of foreign licenses in other countries, the DGCA requirements for validation of foreign licenses have been less stringent. As per the standards for licensing set by European Agency Safety Commission (known as EASA), the member states of EASA may accept a third country licence, and the associated medical certificate in accordance with Article 8 of Commission Regulation (EU) No 1178/2011 subject to certain conditions. The Commission Regulation provides that the period of license shall not exceed one year, provided that basic license remains valid. It further provides that period of license may only be extended once by the competent authority that issued the validation when, during the validation period, the pilot has applied, or is undergoing training, for the issuance of a licence in accordance with Part-Flight Crew License. Following the set standard, the Central Aviation Authority (CAA) for UK has set the period of validation to one year, with the condition that during such period the non- EU license must remain valid. The extension of this time period is only allowed once in consonance with EASA regulation. These are far more definite conditions compared to the existing mechanism in India which provides for nine month extension (after initial three months of flying) at a time with no limit on number of extensions. With the proposed draft CAR revising the nine month extension period to one year at a time, the conditions on foreign licenses shall stand at par with those in UK and Europe to some extent.

The existing DGCA mechanism also lags behind in terms of ensuring safety and security, compared to other states such as the USA. In USA, the Federal Aviation Authority (FAA) issues temporary airmen certificates based on foreign licenses after a thorough verification of authenticity of the pilot’s license and medical certificate. The FAA further imposes restrictions such as night flying on the holders of such temporary certificates, no such restriction has been imposed on foreign licenses validated by DGCA yet.

Through the draft CAR, the DGCA seeks to propose a stricter regime for validation of foreign licenses to reduce dependence on foreign flight crew. The reduced dependence on foreign flight crew is also being favoured by airlines in India. India had around 249 foreign pilots employed by various airlines as on December 1, 2017. A number of airlines such as Air India Express, Alliance Air, Jet Airways and IndiGo have phased out 84 foreign pilots in 2017. Considering the reduced dependence on foreign pilots, the draft CAR adequately revises the norms regarding validation of foreign licenses. By revising the nine months extension period to one year at a time, it appears that the DGCA intends to prevent repetitive extensions of FATA.

In addition, the draft CAR proposes a time frame (which doesn’t exist in the present CAR) of 10 days within which the airline is required to inform the DGCA in case of cancellation of FATA.

The draft CAR is a welcome step towards efficiently regulating the validation of foreign license, which so far has not been revised since 2010. The draft CAR also removes the privilege that foreign pilots have enjoyed in India as compared to Indian pilots in other jurisdictions.

Poonam Verma, Partner and Apoorva Saxena, Associate, J. Sagar Associates
The opinion expressed in the article is personal and does not convey views of the firm.

The writer(s) are external experts. Bangalore Aviation may not agree with the views expressed by the author. Authors prefer to remain anonymous for a variety of reasons but mostly since they are not authorised by their employers to express their views publicly on the record.
Previous Emirates offers a new non-stop Dubai Newark flight. Goes daily to Florida
Next Analysis: Indigo third quarter FY2018 results. A leader in every way.