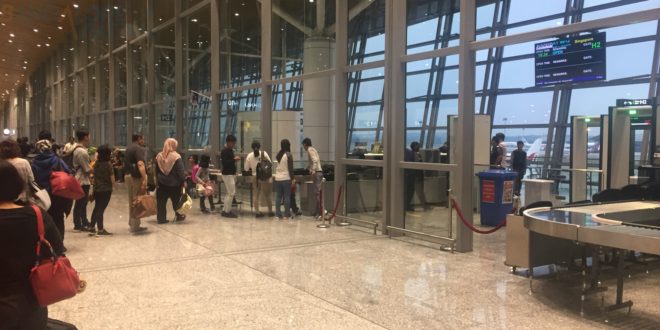 An analysis by Bangalore Aviation of a report by website Routesonline shows New Delhi Bangalore is the lowest cost route among the world’s ‘Top 20’ busiest routes for July 2017.

The New Delhi Mumbai route cost an average base fare of ₹4.33 per kilometre to fly.


Vietnam’s Ho Chi Minh City Hanoi route had the cheapest average base fare of $68.48 which translates to ₹3.80 per kilometre, while Japan’s Okinawa Naha Tokyo Haneda was the most expensive at $320.92 or ₹13.24 per kilometre.

The report based on July 2017 data sourced from OAG (official airline guide) and SABRE shows 19 of the ‘Top 20’ routes are within Asian cities. The Sydney Melbourne route in Australia, is the only exception. Technically OAG does not consider Saudi Arabia as Asia, but a separate region the Middle-East.

The busiest route in the world

The world’s busiest route is between Jeju island in South Korea and the national capital Seoul’s Gimpo airport. An astounding average 189 flights per day, carried more than 1.28 million (12.8 lakh) passengers in July, a growth of over 23% over the same month last year.

The route was almost double of the second busiest route, Sapporo Chitose airport to Tokyo Haneda airport, at 688,000. Sydney Kingsford Smith to Melbourne took the third sport with 663,000 passengers for the month.