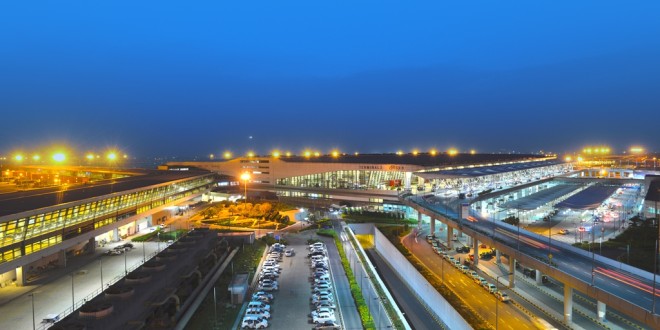 New Delhi’s Indira Gandhi international airport (IGIA) has been ranked as world’s best airport for the year 2014, in the airport service quality (ASQ) awards of Airports Council International, in the 25 to 40 million passengers per annum (MPPA) size category. The ASQ awards survey covers 34 key service areas including major categories such as access, check-in, security, airport facilities, food and beverage, retail and others.

The airport was ranked second for the preceding three years. Since 2011 IGIA was second to Seoul’s Incheon international airport, considered as the best airport in the world. This year Incheon moved in to the 40+ million category and displaced Guangzhou from the top five list.

IGI airport operated by the GMR led DIAL consortium is hub to four of the seven Indian carriers, Air India, IndiGo, Vistara, and SpiceJet. All seven domestic and 51 foreign carriers operate to 54 domestic and 65 international destinations. It is expected to handle 40 million passengers this fiscal year ending March 31, 2015. The airport handled 100 million bags with an error rate of 1.67 per million bags, 60 times greater than acceptable global standards.

On the airside, the airport regularly handles a peak of 78 aircraft movements (take-offs or landings) per hour, and has implemented DA-CDM a global methodology for collaborative decision making, which reaps substantial cost savings to airlines by reducing taxi and waiting time to the barest minimum which also results in improved on-time performance.

The GMR group’s other airport, the Rajiv Gandhi international airport (RGIA) at Hyderabad was ranked third in the five to 15 MPPA category.

The eye-popper this year is Ahmedabad airport which has been ranked in the top five in the two to five MPPA category, a definite feather in the cap of the government owned Airports Authority of India. One looks forward to the day when Chennai and Kolkata airports which have more modern amenities join Ahmedabad in the top five club.

The mega hubs of Dubai, Doha, and Abu Dhabi do not feature in any of the ACI global lists. Even in the middle-east area, Amman Jordan’s airport was rated the highest and very strangely Dubai was rated only at fifth rank.

Once IGIA crosses the 40 million passengers per annum size DIAL will have its hands full in competing future ACI awards. The 40+ MPPA category is the most competitive airport segment in the world. The category has legendary names like Seoul’s Incheon, Singapore’s Changi, Hong Kong international, Beijing’s Capital international and Shanghai’s Pudong. Airports which are regularly rated in the “world’s best” club.

Visit the ASQ microsite for more information, and the see the complete 2014 results here.