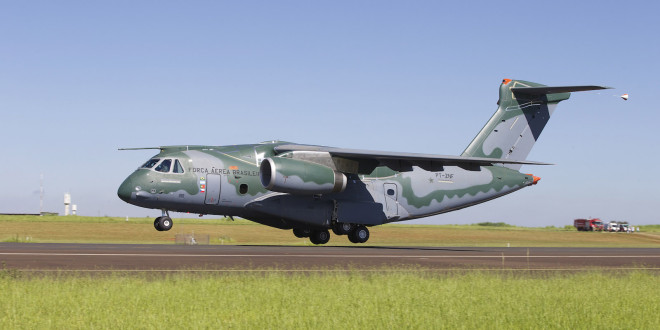 “This first flight is a fundamental step toward accomplishing the task with which we were entrusted. The KC-390 is the result of a close cooperation with the Brazilian Air Force and international partners, representing what is most likely the greatest technological challenge that the Company has ever encountered in its history. We are profoundly moved for having achieved this key milestone”

“The program continues to move forward as planned and the KC-390 has drawn interest from several countries around the world We are proud to once again keep our commitments in the development of this aircraft, which will set a new standard in the category of tactical military transport.”

On its maiden flight, the KC-390 crew performed maneuvers to evaluate its flight characteristics and conducted a variety of systems tests.

A frequent flyer for both work and pleasure - Vedant has held elite status on many of the major alliances and airlines. Also an avid aviation photographer, his pictures have been published in and on the covers of many international publications.
@TheVedic
Previous In pictures: Singapore Airlines’ new premium economy class, routes, dates
Next Updated: Pics and video of another TransAsia ATR72 crash in Taipei river