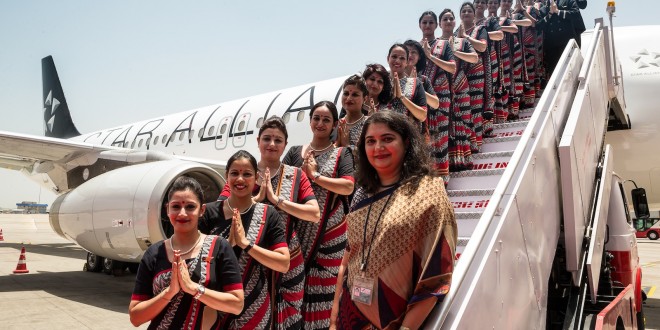 Last week we reported on the massive loses made by national carrier Air India on 57 of its 59 international flights.

Over the next few days we will bring you differing points of view on Air India’s international operations.

Today is from a professional analyst at one of the world’s leading aviation consulting and advisory practices. He cannot be named since he is not authorised to speak to the media.

Route economics is simple. At the fundamental level revenues of a particular route must cover the costs. Some airlines opt for loss making routes to feed traffic on the network. But even so, the network revenue must cover network costs.

Air India’s analysis leaves one wanting on both counts.

On a per passenger basis this equates to a loss of ranging from USD 32 or approximately Rs 2000 to as high as USD 148 or Rs 8,882 on international operations.

Independent estimates via industry sources indicate that the cost structure, as a percentage of total costs on the international operations are:

These figures highlight that more efficient flying and better headcount management is critical from a cost perspective. Unfortunately, Air India’s penchant for placing wide-body airplanes like the 777 and 787 on short sectors like Mumbai Ahmedabad, New Delhi Hyderabad, or New Delhi Dubai only adds to its costs.

Air India’s break even load factor for the international segment being in the range of 77% – 85%. Compare this to the average load factor that the airline has achieved of 72.9%, yet only 2 routes cover costs. The two routes are ones where Air India is the only airline providing direct services thus help it capture a premium.

Often heard is the view that Air India is on a turnaround path, and the impressive load factor of ~73% is cited. Load factor as a standalone statistic us meaningless. Lower fares can logically lead to higher load factors and unfortunately Air India’s cost base does not allow deep discounting (it does so anyway but that’s the topic of another article).

Load factor also fails to indicate the airlines ability to capture yield premiums which highlights the strength of an airline network. Airlines leverage their market strength to capture a premium via strategies such as:

Examining the route-wise profitability, and comparing it against the above points it is evident that:

That Air India is losing money is an understatement. Yet, examining network and fleet strategy brings up some interesting questions. For instance, particular routings such as the 777 on a Hyderabad – Delhi route or the one-hop Sydney-Melbourne-Delhi flights don’t quite add up.

Idris Jala, the legendary CEO of Malaysian Airlines who was responsible for the airlines turnaround once said, “It’s crucially important to frame the problem in the context of the P&L (profit and loss) rather than something nebulous, like the culture, the structure, the processes, and all these other things. You must anchor everything on the profit and loss. I’m boringly consistent on that point.”

For Air India, the time is now. At some point the Indian taxpayer will say enough is enough. The longer tough decisions are delayed, the harder they become. An examination of the route level profitability indicates that there are only three ways if the carrier is to be turned around: cut the costs, improve the yields and develop an efficient network (the right aircraft for the right mission and the right schedule). If all three cannot be achieved, and quickly, a radical decision will have to be taken by the political leadership.

A electronics and automotive product management, marketing and branding expert, he was awarded a silver medal at the Lockheed Martin innovation competition 2010. He is ranked 6th on Mashable's list of aviation pros on Twitter and in addition to Bangalore Aviation, he has contributed to leading publications like Aviation Week, Conde Nast Traveller India, The Economic Times, and The Mint (a Wall Street Journal content partner). He remains a frequent flier and shares the good, the bad, and the ugly about the Indian aviation industry without fear or favour.
@BLRAviation
Previous A special thanks to the hands-on COO of SpiceJet, Sanjiv Kapoor
Next Air India’s loss making international operations – Analysis – Part 2 – alarming costs