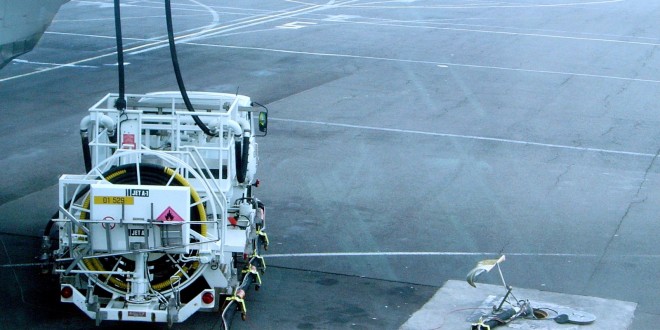 Tech Tuesdays: Fuel planning: How much must you carry?

This article deals with how much fuel an airplane must carry, and why it mustn’t carry too much of it.

Safety in aviation is primarily due to enforceable regulations and requirements that provide sufficient safety margins. One such requirement is the minimum fuel to be carried on board the aircraft.

Let’s assume a Bangalore – Delhi flight on a Boeing 737-800 with winglets: an airplane that is deployed on this route by SpiceJet.

When parked at a terminal gate, the aircraft runs off its auxiliary power unit (APU) which provides air conditioning and electrical supply. With a typical turnaround time of about 40 minutes, this consumes 70kg of fuel, and is known as APU fuel.

After pushback from the gate, the aircraft’s engines are started, and the airplane moves under its power to the runway. This typically consumes around 150kg, and is known the taxi-out fuel burn.

To account for navigational and en-route weather forecast errors, up to 10% of the estimated trip fuel is also uplifted. This is known as contingency fuel, and is, in this case 640kg.

The airplane, after landing, taxies into the airport gate under its own power, consuming on average 50kg of fuel known as taxi-in fuel.

The fuel that will be consumed on a typical Bangalore-Delhi flight adds up to APU fuel + Taxi Fuel + Trip Fuel + Contingency Fuel = 7,300kg of fuel. At prevailing rates for Jet-A1 (Aviation Turbine Fuel) at Bangalore International Airport, that comes up to INR 553,400, or USD 9,260.

But that is not all the fuel that must be carried on board. Regulations force an operator to plan for the worst. Assuming that weather at Delhi deteriorates, or an airplane is stranded on the runway, closing operations at the airport, the aircraft must be able to fly to an alternate airport. Usually, Jaipur is planned as an alternate airport. Shooting an instrument approach at Delhi, executing a Go-Around, and shooting an approach into Jaipur consumes about 1,500kg of fuel. This is known as alternate fuel.

In addition, regulations require that the aircraft hold for 30 minutes at 1,500ft over the alternate aerodrome. This is known as hold fuel, and is approximately 1,200kgs for a fully laden Boeing 737-800.

The taxi fuel (taxi-in and taxi-out), trip fuel, contingency fuel, alternate fuel, and hold fuel together add up to a minimum regulatory requirement known as the “Minimum Sector Fuel”.

In addition, the captain of the airplane may uplift an extra amount of fuel based on available information, such as heavy air traffic delays at Delhi airport. This is known as extra fuel.

The effect of extra fuel.

Extra fuel uplifted by the captain needs justification by an airline. It may be argued that if the extra fuel isn’t used, it is still in the tanks and may be used to meet a part of the fuel required for another flight. Extra fuel is however extra weight, and a heavier airplane actually burns more fuel. With a full passenger load, a Boeing 737-800W can consume an additional 120kg per extra 1,000kg for a flight such as Bangalore-Delhi. If a captain decides to uplift an extra 500kg of fuel as extra fuel, he will burn an additional 60kg of ATF, which translates to INR 4,550. SpiceJet flies six flights between the two cities. Six flights, over 365 days, with 500kg extra fuel per flight translates to an annual extra fuel consumption worth almost INR 1 crore, or USD 167,000. When extra fuel on all flights are added up, the additional fuel burn bill will be much, much higher.

Planning a Delhi – Singapore flight on a Boeing 737-800W isn’t straightforward. If one were to assume that the flight is running full with 189 passengers, then the fuel required, with a 5% contingency will add upto 19,000kg of fuel. The fuel requirement actually turns out to be a bit lesser due a procedure known as “re-dispatch”, which is beyond the scope of this topic. The 737-800 can tank almost 21,000kg of fuel, so fitting that much of fuel wouldn’t be too big a problem.

The problem will be lifting off the ground. With a full load and the sector fuel, the estimated weight of the aircraft adds upto almost 80,000kg, which, even with the highest weight variant of the 737-800, is a tonne over the maximum takeoff weight (MTOW).

Since at full loads, every extra 1,000kg results in a differential 120kg fuel burn, reducing the number of passengers on board is the only way to keep the weights within limits. For every 10 seats flying empty, the airplane gets lighter by about 1120kg, due to the absence of passengers and reduced fuel requirement.

Selecting a suitable aircraft for the sector is also important. For example, SpiceJet’s Boeing 737-800 registered VT-SPF has a certified MTOW of 70,900kg, while VT-SZF has a MTOW of 79,000kg: A difference of 8,000kg or nearly 80 passengers. VT-SZF can fly with around 10+ seats empty, and fly with almost a full load of fuel to Singapore.

Around 10 seats empty on a Boeing 737-800 is 180 seats, which is about the maximum capacity of an Airbus A320. However, IndiGo, which flies Delhi-Singapore, will touch 78,000kg with 180 passengers and fuel. The A320s in IndiGo’s fleet have an MTOW of 77,000kg, which will force the airline to fly with about 10 passengers less, or around 170, with no other restrictions considered.

The writer(s) are external experts. Bangalore Aviation may not agree with the views expressed by the author. Authors prefer to remain anonymous for a variety of reasons but mostly since they are not authorised by their employers to express their views publicly on the record.
Previous Senior IndiGo pilots leave to join Tata-SIA
Next Through the lens: our photo tribute to the Airbus A300