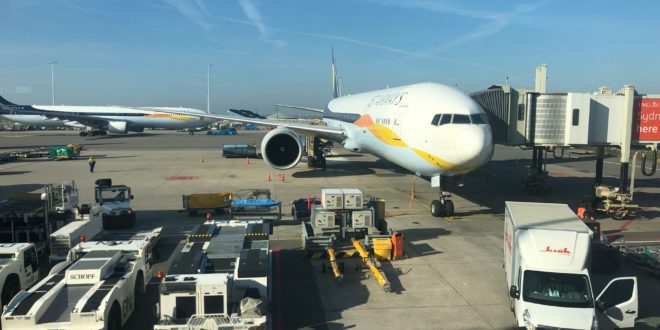 The Jet Airways revival is stalled over the issue of the grant of slots. Jet’s position is that they should be able to reclaim the slots that were “temporarily assigned” to other airlines. The government on the other hand has indicated that the government will consider the airline’s request for slots as per existing policy. Effectively saying that Jet would have to reapply for these all over again. An impasse continues.

Why slots are so critical

Slots are effectively permissions for takeoff and landings assigned to airlines for specific airports. In India, the grant of these slots is done bi-annually at the slot conference held at DGCA. Airlines then juggle the slots within the context of their network to prepare the best schedule possible.

Slots have been a point of much competition especially in competitive and constrained markets like India. In the case of Jet, their slots were acquired over a 25-year period, because of which Jet held some of the most lucrative slots across the major cities.

To give an example of how tough it was to get slots, one can look at Vistara which struggled to get a proper Mumbai slot and thus was unable to create a good Bangalore-Mumbai schedule for years. And that effectively meant they could not target the business travellers with a competitive schedule and would have to make up for it via loyalty points or some other measure. Other airlines have faced similar challenges in expansion.

For Jet Airways, as the airline looks at revival, slots are critical to reviving their premium offering. The business traveller will simply not fly if the schedules don’t make sense – and good schedules are linked to good slots. Furthermore, increasingly the economy traveller has also become very demanding. All of this means that slots are really an important starting point.

Slots were much sought after and post the grounding of Jet Airways, there was suddenly an availability of premium slots at important airports across the country, specifically New Delhi, Mumbai and Bangalore.

The industry watched and the government took a decision that deviated from past principles. That is, the decision to link allocation of slots to induction of ex. Jet Aircraft. This indeed helped the entire industry by ensuring leasing and insurance premiums did not rise and this was critical in the industry which was haunted by the Kingfisher airlines debacle for several years. But a consequence of this decision has now come to haunt.

Airlines like Vistara and SpiceJet took on ex. Jet Airways aircraft complicating their fleet, cost-structures and product offerings. And these airlines now stand to lose if the slots are taken away. Additionally, the state of the industry is such that no one wants additional capacity to enter the market which will only add supply in an environment of diminished demand.

Interestingly, in an earlier court hearing the ministry indicated that allocating slots to revived Jet Airways would not be an issue in view of upgrades at existing airports and construction of new airports. However, the only new airport that will be operational by next year is Nopa in Goa. Jewar and Navi Mumbai still have ways to go and as such Jet cannot wait that long.

An impasse has been reached as both sides are partially correct. It is reported that the government position and also that of the incumbent airlines is that slots are not assets of Jet Airways and thus there can be no automatic allocation.

On the other hand, the Kalrock-Jalan consortium that bid for the airline cites a moratorium clause indicating that slots would also come under this. Add to that the government’s own “temporary allocation” label and a case can be made as to why this was “temporary allocation” and what was the intent behind it.

One must not forget that this is the first airline restructuring under the new insolvency and bankruptcy court. And in parallel, there is the sale of Air India and the Covid pandemic which has left other airlines faltering.

For Jet Airways revival the issue of slots has to be resolved one way or another. And what the final decision is will weigh on how the airline attempts to revive.

The writer(s) are external experts. Bangalore Aviation may not agree with the views expressed by the author. Authors prefer to remain anonymous for a variety of reasons but mostly since they are not authorised by their employers to express their views publicly on the record.
Previous Pictures: Indian Air Force Rafale, Chinook and Apache at Aero India 2021