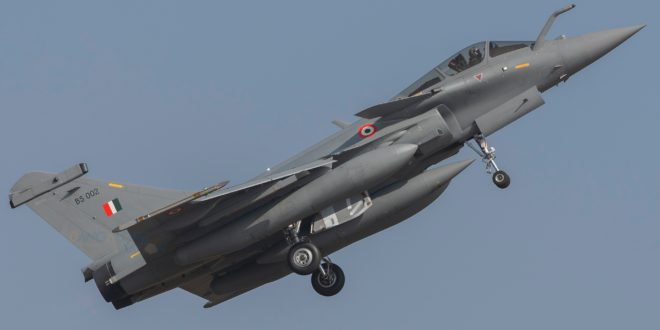 Aero India 2021 began on the 3rd of February and on display were three of the Indian armed forces latest additions, the Dassault Rafale EH, Boeing CH-47F Chinook and the Boeing AH-64E Apache.

There are five Dassault Rafales at the show, these aircraft are part of the 36 aircraft order placed by the Indian government in 2015. The air force accepted delivery of the first five of these aircraft designated the Rafale EH in July of last year. Three of the aircraft are flying in a flypast and another is on static display.

To replace the ageing Mil Mi-26 as the mainstay heavy lift helicopter of the Indian Air Force the IAF placed an order for 15 Boeing CH-47F Chinooks in 2015. One of the Chinooks is on static display at the show.

The IAF took delivery of its first Apache’s in May 2019, a few months after the previous edition of Aero India. A single aircraft was on static display at this years show.

Which of these formidable aircraft is your favourite? Let us know in the comments below.

A frequent flyer for both work and pleasure - Vedant has held elite status on many of the major alliances and airlines. Also an avid aviation photographer, his pictures have been published in and on the covers of many international publications.
@TheVedic
Previous Guide to traveling on Air-Bubble and Vande Bharat Mission (VBM) flights (Updated 6 Dec 20)
Next Saving face or saving Jet Airways