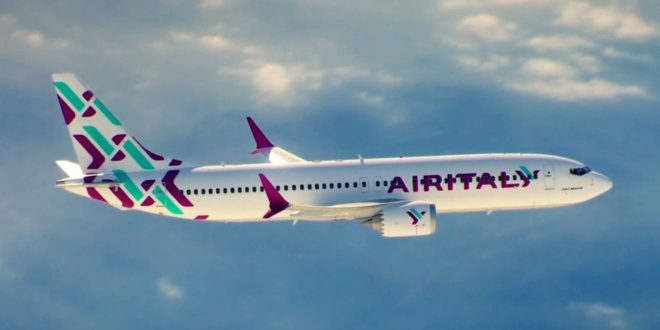 Air Italy to suspend operations on 25th February, to be liquidated

The announcement by the owners of Air Italy that it will suspend operations on 25th February brought to an end the short-lived resurrection of the airline that was founded in 1963 and flew by the names of Meridiana, Meridiana Fly and Air Italy under various ownership structures over the years. Qatar Airways, which picked up a 49% stake in the airlines in 2017, was committed to supporting the airline but was barred from investing further in the airline by EU rules that prohibit non-Europeans from owning more than 49% of any European airline.

The latest rebranding of the airline in 2018 was accompanied by the launch of several destinations from its hub at Milan Malpensa airport. Its flights to the USA attracted criticism from the US majors who accused Qatar Airways, which also had a codeshare agreement with Air Italy, of abusing the spirit of the open skies agreement between Europe and the USA. The airline also launched flights to Mumbai and Delhi before withdrawing them after only a few months.

The rapid growth, however, was not accompanied by profits. Its losses jumped from €40 million in 2017 to €160 million in 2018 and €230 million in 2019. With Alisarda, the majority owner with 51% stake, and Qatar Airways differing in their views on the future of the airline, there was no option but to put the airline under liquidation.

Air Italy joins a long list of defunct European airlines. From a peak of 180 individual airlines in 2003, the number of air carriers in Europe has slowly dwindled down with about 20 airlines collapsing in the last two years alone. The reduction in the number of airlines has naturally increased the market concentration among the top five – IAG, Air France–KLM, Lufthansa Group, Ryanair and Easyjet, who together control more than half of the European market now. In this regard, the European aviation industry is following its American counterpart, where the five biggest airlines control more than two-thirds of the market.

At the peak of the global financial crisis with oil trading upwards of $100 a barrel the legacy carriers on either side of the Atlantic posted heavy losses as they struggled to compete with their old fuel-guzzling planes against nimbler upstarts who flew more efficient planes. Over the last decade, however, the consolidation of the market along with a newer generation of fuel-efficient aircraft and fall in oil prices has turned the tide in favour of legacy airlines who are able to use their size and market dominance to crush smaller airlines. In aviation today, size does matter.

While the aftermath of the financial crisis played out differently in India, with the then two largest carriers shutting down and the third surviving so far of government support, size will be a major determinant of the fate of Indian airlines. India is one of the most concentrated domestic aviation markets in the world with a single carrier cornering nearly half of it. Moreover, infrastructure constraints and uniquely Indian regulations force carriers to fly the same routes with the same planes and often at similar timings leaving the carriers with little pricing power. With the market leader IndiGo relentless in its growth, further consolidation among the smaller airlines appears inevitable.

Arunvel is a financial analyst based in Sydney. He keenly follows the ever-changing world of Indian aviation.

Our dedicated staff at Bangalore Aviation bring you stories from across the aviation world.
@@BLRAviation
Previous SpiceJet Q3FY20 results analysis: Has rapid expansion hurt the airline?
Next Repairing and retaining brand Air India will challenge any buyer