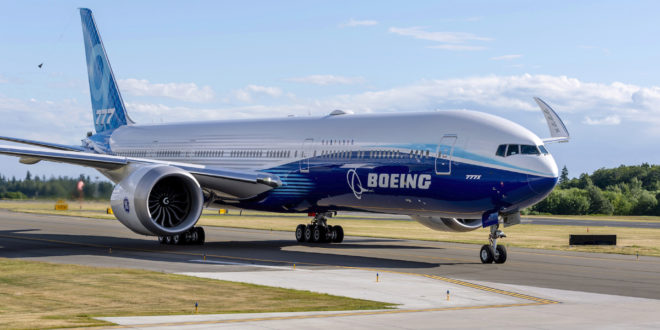 The long-awaited first flight of the Boeing 777-9X is set to take place today. The first aircraft N779XW will take off from Boeing’s Paine Field factory at Everett at around 10:00 PST.

The flight was originally scheduled for yesterday (23 January) but was postponed due to bad weather.

Boeing is streaming the first flight and you can also track the aircraft on FlightRadar24.

The Boeing 777X is the latest iteration of the successful 777 family, it is the largest twin-engine aircraft capable of carrying 426 people in a typical two-cabin layout. Powered by the largest jet engines, the GE9X – the 777-9 is listed for $442.2 million.

Following the first flight, the 777X will embark on a strenuous flight test program that is planned to culminate with the delivery of to launch customer Emirates in 2021.

A frequent flyer for both work and pleasure - Vedant has held elite status on many of the major alliances and airlines. Also an avid aviation photographer, his pictures have been published in and on the covers of many international publications.
@TheVedic
Previous Boeing estimates 737 MAX return to service only by mid-2020
Next Bangalore airport services over 33 million passengers in 2019