International Airlines Group (IAG) has announced an order for 14 Airbus A321XLR aircraft. Eight of these aircraft will go to Iberia and six to Aer Lingus.

The aircraft will be delivered 2023 onward and will be configured in a two class configuration with flat bed business class seats. 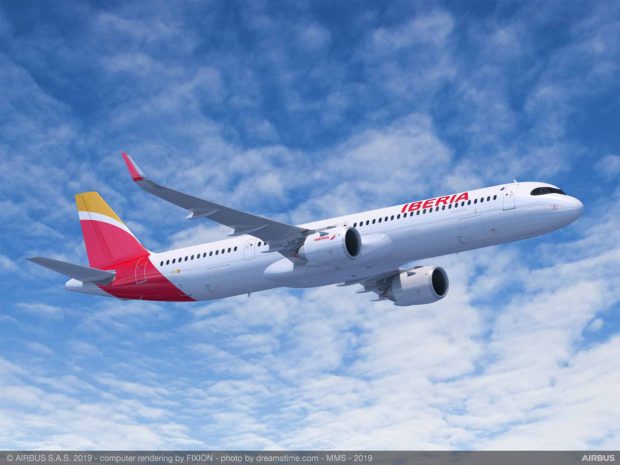 The XLR will allow Aer Lingus to operate flights beyond the US East Coast which is in range of the A321LR of which the airline is already a customer.

No engine choice has been announced for the aircraft yet, however IAG is a loyal CFM customer, having opted for the LEAP for their A320neos.

AirAsia converts A320 orders to A321neo

Airbus has announced that low cost carrier AirAsia has converted its 253 outstanding orders for the A320neo to the larger A321neo. The airline placed its first order for the A321 at the 2016 Farnborough Air Show.

The company has placed orders for 592 A320 family aircraft, out of which they have taken delivery of 224. The airline’s backlog now stands at 353 A321neos.

A frequent flyer for both work and pleasure - Vedant has held elite status on many of the major alliances and airlines. Also an avid aviation photographer, his pictures have been published in and on the covers of many international publications.
@TheVedic
Previous PARIS 2019: Korean Air orders 30 Boeing 787s, becomes a 787-10 customer
Next PARIS 2019: IAG to buy 200 Boeing 737 MAX aircraft