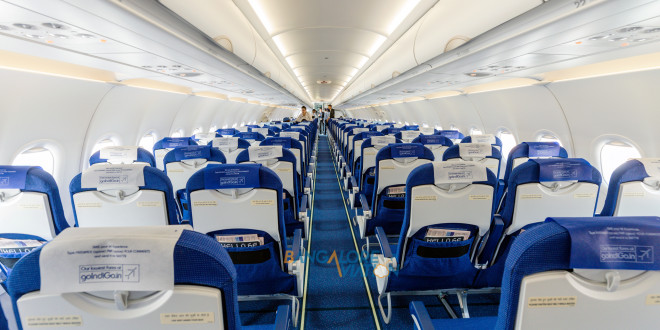 Why is IndiGo risking a firestorm over web check-in charges?

India’s largest domestic carrier IndiGo, found itself at the centre of a public relations firestorm when it announced a policy change and decided to universally charge for seat allocation during web-check-in.

In a rather casual manner the airline clarified that those who did not wish to pay the charge could come to the airport and have a seat auto-assigned.

To reduce airport staff and costs, low-cost airlines, and even full-service airlines, are embracing technology to pass on as much of the pre-boarding responsibility to passengers, as possible. This includes web check-in, printing boarding passes at home, self bag-drop, etc. It has reached such as extent that passengers are jokingly called “self-loading cargo”.

Why would IndiGo go against this core efficiency philosophy? We are perplexed. This step only increases queues at already over-crowded airport check-in counters.

Bangalore Aviation presents an opinion based analysis on why IndiGo may have taken this step.

Indigo suffered one of its first quarterly losses since its IPO listing, in the second quarter (ended September 30th) of this fiscal year. (Read our analysis here).

Another reason for this decision would be for Indigo to list a lower fare. IndiGo can offer its lowest fares at ₹100 lower. On comparison site, this will enable IndiGo to capture those price sensitive passengers, who are not regular flier, and may not be savvy on all the costs involved. Industry experts say that just the ₹100 price difference is enough to influence purchase behaviour in India.

IndiGo already includes web check-in and seat selection charges in to the fares it offers corporates, so this ₹100 charge will not alienate this valuable segment.

Thus Indigo can pressure its full-service competitors even more. If they follow suit and charge for web check-in, it dilutes their product. If they don’t, they lose load-factors, which the Indian airline industry is chasing at the moment.

Another possible reason for this move is in pursuit of longer term strategic initiatives. As costs have risen there has been limited government intervention and minimal support for aviation. From limiting airport and other charges to getting aviation fuel under the ambit of the Goods and Services Tax, the Modi government continues its step-motherly treatment of Indian aviation.

With this small fee, Indigo has highlighted the suffering of airlines and signalling the need for greater government attention. It also could be a precursor to force the ministry of civil aviation to allow “hand-bag only” (HBO) fares in a quid-pro-quo trade.

Any publicity is good

A little over a year ago, IndiGo experienced another public relations blizzard in the Katyal manhandling incident. At the time, a seasoned advertising industry executive told us “Any publicity is good”. Despite umpteen threats on social media to never fly IndiGo, the furore died down in less than 15 days, IndiGo retained its brand recall and kept on adding to its customer tally. We will not be surprised if history repeats itself.

We invite the readers of Bangalore Aviation to share their thoughts, views and responses on this topic via the comment system.

A electronics and automotive product management, marketing and branding expert, he was awarded a silver medal at the Lockheed Martin innovation competition 2010. He is ranked 6th on Mashable's list of aviation pros on Twitter and in addition to Bangalore Aviation, he has contributed to leading publications like Aviation Week, Conde Nast Traveller India, The Economic Times, and The Mint (a Wall Street Journal content partner). He remains a frequent flier and shares the good, the bad, and the ugly about the Indian aviation industry without fear or favour.
@BLRAviation
Previous Airbus delivers the first A330neo to TAP
Next Jet Airways hurts its brand, cuts meal service in economy