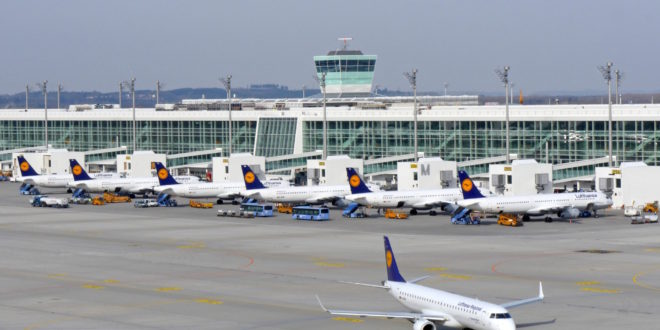 Line up of Lufthansa aircraft at the Terminal 2 satellite. Munich Airport Image.

Munich airport will begin operations from it’s new satellite terminal today. The new terminal is a 60/40 joint venture between Munich Airport and Lufthansa and is also the first midfield terminal in Germany. It includes 27 gates, reducing the airport’s need for bus transportation. Following passport screening and baggage checks, the facility’s underground transport system will take the passengers to the satellite terminal in under a minute.

Our dedicated staff at Bangalore Aviation bring you stories from across the aviation world.
@@BLRAviation
Previous DFW opens renovated section of Terminal E
Next Anticipated change(s) to the 5/20 rule and its impact