Air New Zealand has always been known for its unusual and edgy on-board air safety videos.

In 2009, the airline’s staff ‘bared it all’ and briefed us wearing nothing but body paint in this video.

Now the airline is playing up its role as the official airline of Middle-earth. The airline is using a new air safety video themed on the third and final film in The Hobbit Trilogy – The Hobbit: The Battle of the Five Armies. In this Epic video, along with Air New Zealand crew, the video stars Elijah Wood and Sir Peter Jackson.

Do these type of unusual and edgy videos help improve the safety briefing? Share your thoughts via a comment.

A electronics and automotive product management, marketing and branding expert, he was awarded a silver medal at the Lockheed Martin innovation competition 2010. He is ranked 6th on Mashable's list of aviation pros on Twitter and in addition to Bangalore Aviation, he has contributed to leading publications like Aviation Week, Conde Nast Traveller India, The Economic Times, and The Mint (a Wall Street Journal content partner). He remains a frequent flier and shares the good, the bad, and the ugly about the Indian aviation industry without fear or favour.
@BLRAviation
Previous Photos: Embraer rolls out it’s KC-390 airlifter
Next Welcome to Twitter, Air India @airindiain 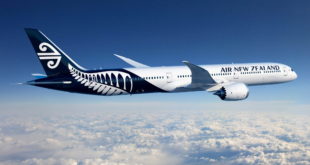 For a few years many airline’s have been putting effort into making unique safety videos. …