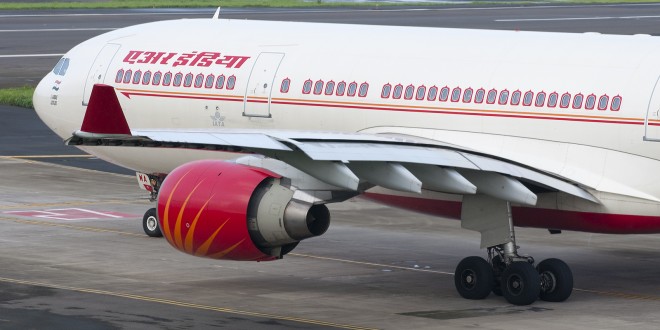 A violent storm that hit New Delhi left a trail of destruction and death at the city’s Indira Gandhi airport earlier this afternoon.

As per information received, one person lost their life and at least two other have sustained critical injuries including loss of a limb(s) in a sudden storm that occurred around 5pm in the afternoon.

Five aircraft are damaged. Two SpiceJet aircraft, one of GoAir A320, one Boeing 757 freighter of Blue Dart aviation, and one Air India Airbus A330-200 VT-IWA have sustained damage. It is understood, VT-IWA has sustained significant damage to its engine and wing with a ladder flying in the storm winds and embedding itself in the wing of the wide-body.

The storm also caused significant disruption to incoming flights which had to be diverted to alternate airports.

A electronics and automotive product management, marketing and branding expert, he was awarded a silver medal at the Lockheed Martin innovation competition 2010. He is ranked 6th on Mashable's list of aviation pros on Twitter and in addition to Bangalore Aviation, he has contributed to leading publications like Aviation Week, Conde Nast Traveller India, The Economic Times, and The Mint (a Wall Street Journal content partner). He remains a frequent flier and shares the good, the bad, and the ugly about the Indian aviation industry without fear or favour.
@BLRAviation
Previous #NamasteA380. Live video stream of Singapore Airlines A380 arriving at Delhi
Next Photos: Singapore Airlines A380 receives water cannon salute at Delhi