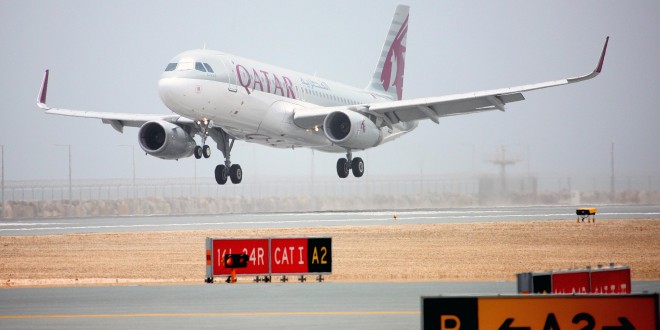 Ten airlines are initially operating out of the new $17 billion facility; including Air India Express, Biman Bangladesh Airlines, flydubai, Air Arabia, Iran Air, Yemenia Airways, Pakistan International Airlines, Nepal Airlines, Syrian Air and Pegasus Airlines. All other carriers including Qatar Airways are due to switch their operations from May 27.

The airport will opening with an initial capacity of 30 million passengers. The passenger terminal is 600,000 sq. metres with three concourses and 33 contact gates. This will eventually be increased to five concourses and 65 contact gates, including eight for the A380. Once fully open, the terminal will have 16 lounges, 26 art installations, over 100 food and beverage, and retail outlets, a transit hotel, a swimming pool, a luxury spa, squash courts and a four-storey catering facility. A 500 worshipper public mosque is also built on the site.

HIA and Airport City (together comprising the NDIA project) spans 29 square kilometres, 60% on land reclaimed from the Arabian Gulf. The project includes 100 buildings of various uses.

A electronics and automotive product management, marketing and branding expert, he was awarded a silver medal at the Lockheed Martin innovation competition 2010. He is ranked 6th on Mashable's list of aviation pros on Twitter and in addition to Bangalore Aviation, he has contributed to leading publications like Aviation Week, Conde Nast Traveller India, The Economic Times, and The Mint (a Wall Street Journal content partner). He remains a frequent flier and shares the good, the bad, and the ugly about the Indian aviation industry without fear or favour.
@BLRAviation
Previous First Airbus A320neo advancing rapidly through final assembly
Next Bangalore airport highway toll quadrupled. Disruptions expected.

Air Italy to suspend operations on 25th February, to be liquidated